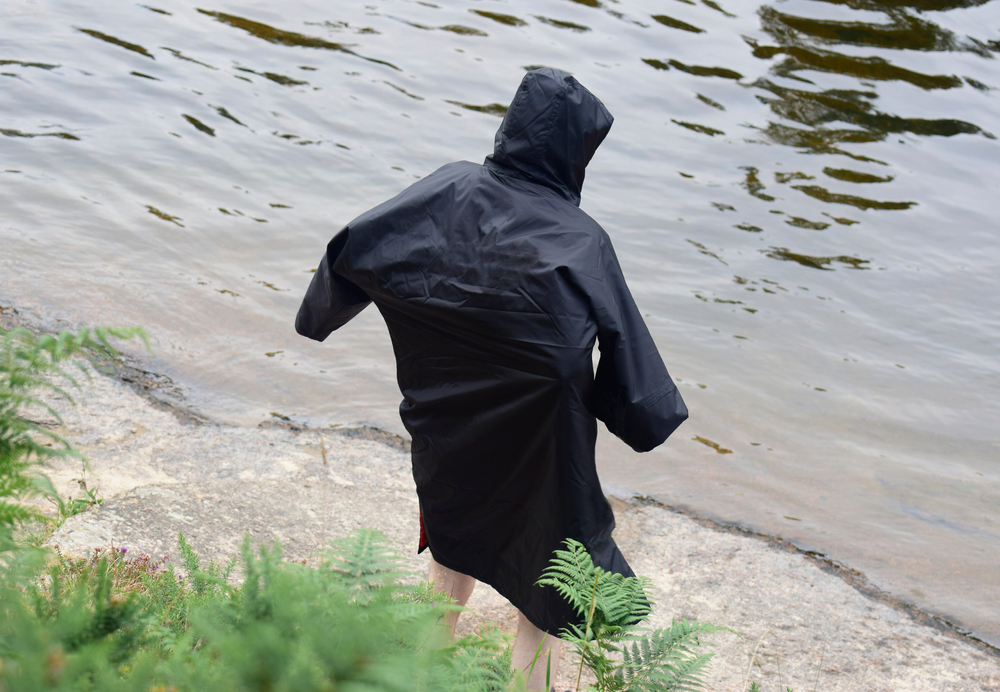 THE rise of the dryrobe has gone hand-in-hand with the rise of sea-swimming (previously known as swimming), with many new dippers of the opinion that the half-towel, half-anorak creation makes them look somewhat dignified, possibly even cool.

“During the pandemic I discovered sea-swimming, and it’s been a total game-changer” beamed Dublin woman Erin McHarthy, who up until 2020 was not aware that you were legally allowed to get into the sea.

“And of course, it’s so great to have my dryrobe waiting for me when I get out. It’s not like when you were small and you had to suffer the indignity of trying to get dried and changed on the beach. Instead, now all you have to do is get into an 170 euro towel coat with sleeves the size of a small country and wriggle about trying to dry yourself while looking you’ve just pissed yourself and presto, you’re dry!” added McHarthy, dressed in ‘flasher behind the bushes’ chic.

McHarthy, seemingly also under the impression that her dryrobe helps to remove the bacteria found in the cubic acres of raw human sewage that gets pumped into Dublin Bay, went on to state that sometimes wear the trendy robe for hours after the swim.

“It’s a bit like when you see poor people going to the shops in their pajamas, except these robes would cost a week of dole so we don’t feel silly in any way” said McCarthy, unaware of the eye-rolls she was attracting in her purple dryrobe.