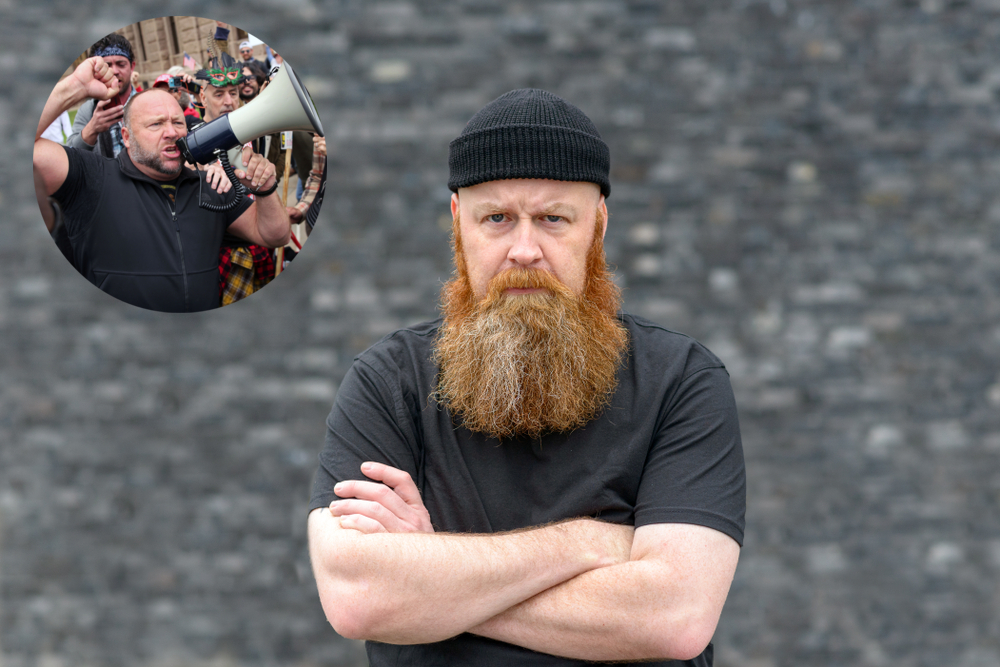 INFOWARS host Alex Jones has been ordered to pay $49.3mn to the parents of Sandy Hook victims, prompting doses around the world to wonder who is trying to silence Jones, and how does this all figure into the bigger picture?

“The fact that Jones admitted on the stand that he lied about Sandy Hook being a hoax is simply further proof that Sandy Hook actually was a hoax, and that Jones has been compromised by radical leftists and is doing his best to maintain his integrity despite what must be horrendous circumstances for any truthseeker to find themselves in,” claimed lads in group chats around the world today, much to the chagrin of their mates.

“When I saw those parents are to receive forty three million dollars for damages suffered at the hands of Alex, that’s when I knew they were lying. Gonna take more than this to pull the wool over my eyes,” was another common statement, while thousands more pledged to buy as much Brainforce Plus as they could afford to help Jones through these difficult financial times.

Meanwhile, “why do we still hang out with this guy?” seems to have been the most common message sent among people in their auxiliary Whatsapp groups, the ones that don’t include that one dose friend.

Furthermore, the accidental leaking of Jones’ entire text message history by his legal team has been described as a ‘masterstroke’ and ‘part of a much longer game’ by some people who really shouldn’t be allowed access to the internet any more.