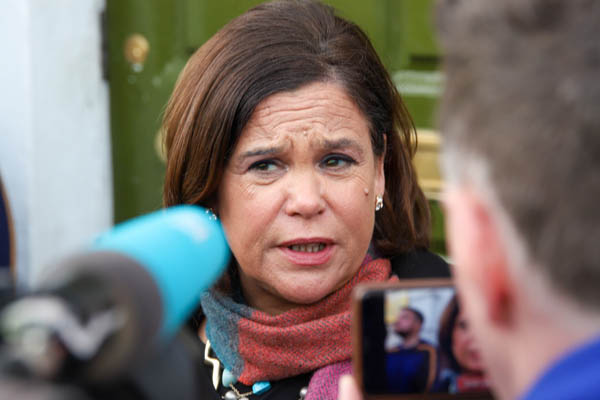 SINN FÉIN’S unerring ability to speak to the very heart of the Irish electorate and their myriad concerns has been proven once again after a recent poll showed a sharp rise in support.

The commanding lead over Fianna Fáil and Fine Gael has been attributed to salient policy shifts and a commanding appreciation of the economic hardships faced by the so-called ‘squeezed middle’ rather than the public’s firm belief that they wouldn’t piss on the coalition, even if they were on fire.

“Our latest poll indicated McDonald was seen rolling her eyes to the heavens as the Taoiseach spoke before the break up of the Dáil, and that’ll just about do it these days for any opposition party such is the abject shambles of the coalition,” explained polling expert Tom Sheenan.

So browbeaten has the nation been by the Fianna Fáil and Fine Gael governments in the 21st century any imperceptible indication that a change is coming is enough to spark wild celebrations.

“Looking at the data at a granular level those polled would likely say they trust Sinn Féin on the economy, foreign policy, health and education if McDonald so much as called Martin and Varadkar ‘Ant and Feckless’ or ‘Laurel and Hardly has a clue’,” added Sheenan.

More poll info saw Sinn Féin coming out on top on climate matters after McDonald tweeted ‘team Ekinsu’ during the Love Island finale and Darren O’Rourke posting of a selfie with a 99 despite the party being allergic to setting emission targets.

When polled for their sentiments on a Sinn Féin government, 92% of respondents said McDonald could shit in their coffee for all they care as long as it’s not Fianna Fáil or Fine Gael forming the next government.