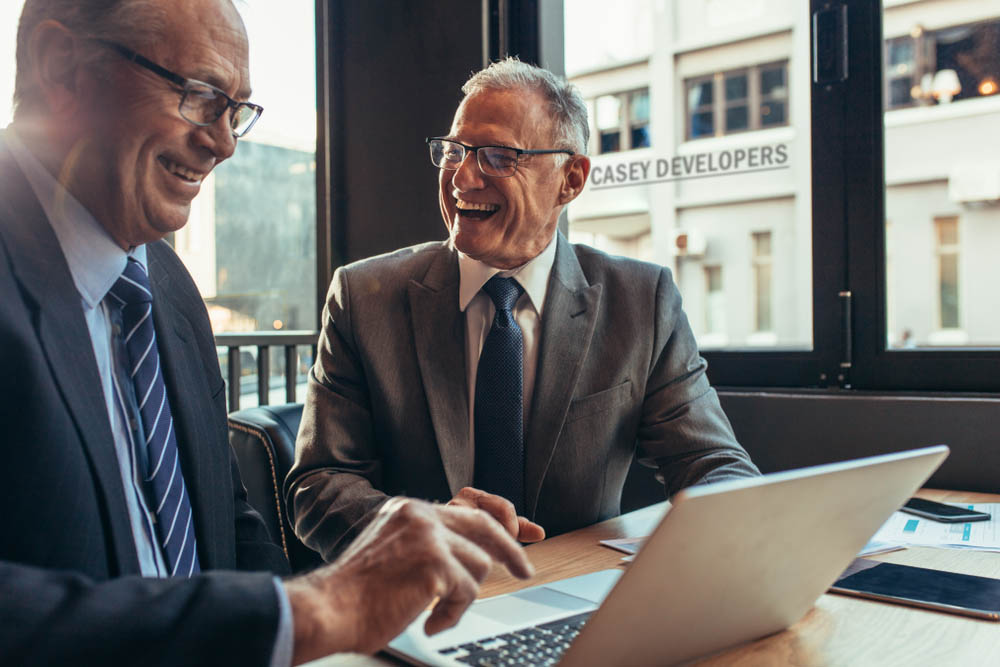 AT A lunch catch up amongst industry peers, a group of Irish developers were left in stitches after one developer told an anecdote about pranking the Minister for Housing by producing a 58-page report which claimed house prices could fall if gardens of future housing developments were reduced by 20% in size.

“It feels cruel because at this point we could tell that lot to put people in dog kennels to solve homelessness and they’d do it,” said one developer, unable to stifle further cackling.

The developers were sent into convulsions as they were asked to picture Darragh O’Brien studiously pouring over a cherry picked fantasy about housing compiled by a group with a vested interest in delivering profit at any cost like it was an independent research paper.

“You’re an absolute ticket, we’re a gas bunch of bastards in fairness. I think this even tops us getting €144k per apartment in State money to finish building apartments without a requirement to sell at a reduced price,” brayed another developer, trying not to piss himself.

“No seriously we’re the same crowd that’s presided over the Celtic Tiger era of combustible house made out of soggy biscuits and he’s all ‘we’ll take it under serious consideration, we value all stakeholder’, hahaha,” said one developer whose heart gave out then and there after dying of laughter.

Other suggestions on how to address increasing profits include:

– Shrinking people by 20% to fit more tenants in rented accommodation.

– Preemptively adding an extra zero onto house prices due to inflation.

– End practice of giving state land away for free to developers and begin paying them 8-figure sums to take the land off our hands instead.

– Further reduce building standards for apartments because the report also found that people hate living in well built structures with natural light and room for a double bed.

– Introduce a three strikes rule for planning objectors whereby on their third objection lodged they are flattened by steamroller and built over.

– Generally work to grind people’s resolve into dust and crush their souls.