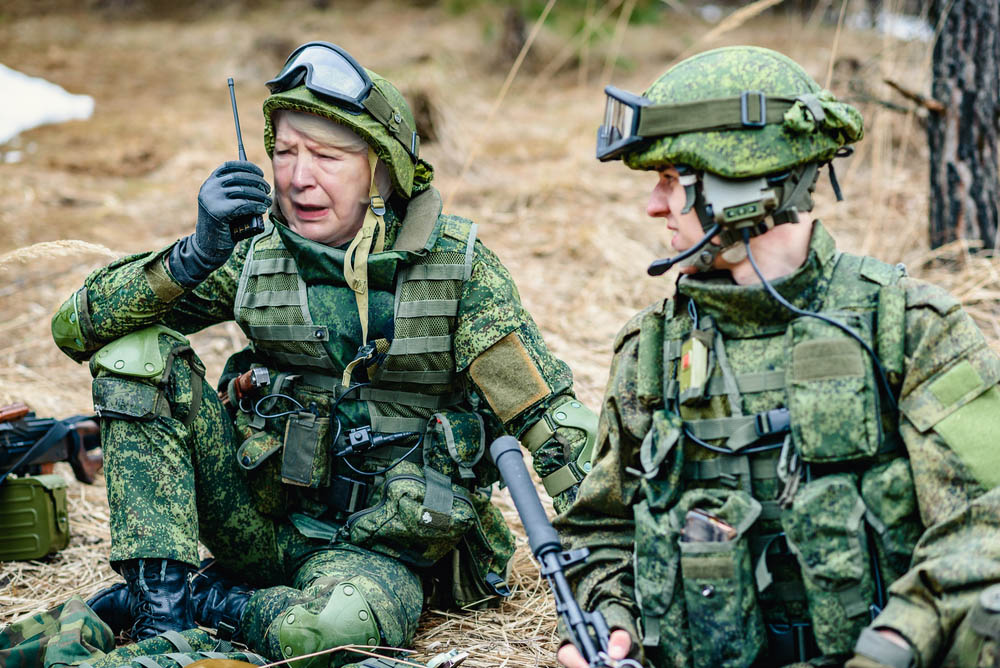 THINGS just got a little more complicated for the office of the President of Ireland, WWN can reveal.

Drawing criticism for a letter she penned in the Irish Times some viewed as placing equal blame for the Russian invasion of Ukraine at the feet of Ukraine, Sabina Higgins is now under fresh scrutiny after photos emerged of her commanding Russian forces in the occupied Donbas region.

“I’d like to see Michael D poem his way out of this one,” said one overjoyed critic of the president as he becomes further compromised by the clandestine military action of his wife.

While the office of the president deleted a version of the letter to the Irish Times off its own website, it will be harder to erase photographs of Mrs Higgins deep in thought and strategising with Valery Gerasimov, the head of the Russian military.

“I was ready to throw rotten fruit at her as she was placed in stocks outside the Aras for the letter writing, but this just cements it for me,” added a member of the public, who didn’t necessarily disagree with Mrs Higgins but an internet pile on is an internet pile on.

“I actually thought people overreacted a bit over the letter but fuck me Sabina, this is a bit much,” offered one defender.

“It’s about time someone started speaking up for the real victims in this – Vladimir Putin,” confirmed one steadfast supporter of Russia’s actions, Russian ambassador to Ireland Yuri Filatov, even including the latest alleged castration of a Ukrainian military prisoner.

Elsewhere, Clare Daly and Mick Wallace have offered Higgins political asylum in a set of pink Russian nesting dolls they keep in their office.