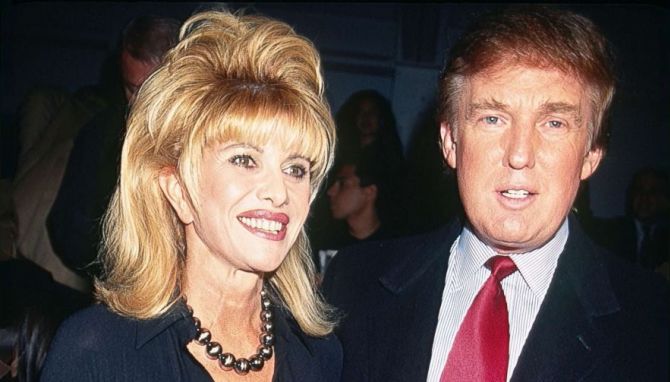 DONALD TRUMP left the dozen users of his Truth Social platform in tears after a moving tribute to his former wife Ivana Trump on the occasion of her death, praising her for no longer being a potential star witness in various potential upcoming criminal cases.

“It is with great relief I can confirm there is one less person who can incriminate me, phew what a load off” a somber Trump said in a statement he paid someone else to write on his behalf.

“While a loving mother to our children, Ivana could have potentially been compelled to testify against me, corroborating what authorities know, contradicting the bare face lies my children would tell,” continued the emotional statement.

Ivana, a successful businesswoman in her own right, was mother to Trump’s child Ivanka and two disappoints, Eric and Don Jr.

“Although she was a former wife and therefore not in my inner circle for years, her relationship with my children could have complicated any future trials I may partake in pertaining to treason, coups and other routine trials every innocent citizen is subjected too”.

Those close to Trump have said Ivana’s passing has given him a fresh perspective on life with the former US president heard joyously reading out the ages and medical conditions of a number of friends who could turn on him. It is believed he was happiest when observing Rudy Giuliani is 78 and previously suffered from prostate cancer.

“Ivana is in Heaven now which is truly beautiful as she can no longer wear a wire,” concluded a characteristically empathetic Trump in his statement attached to a picture of him alongside Marla Maples.