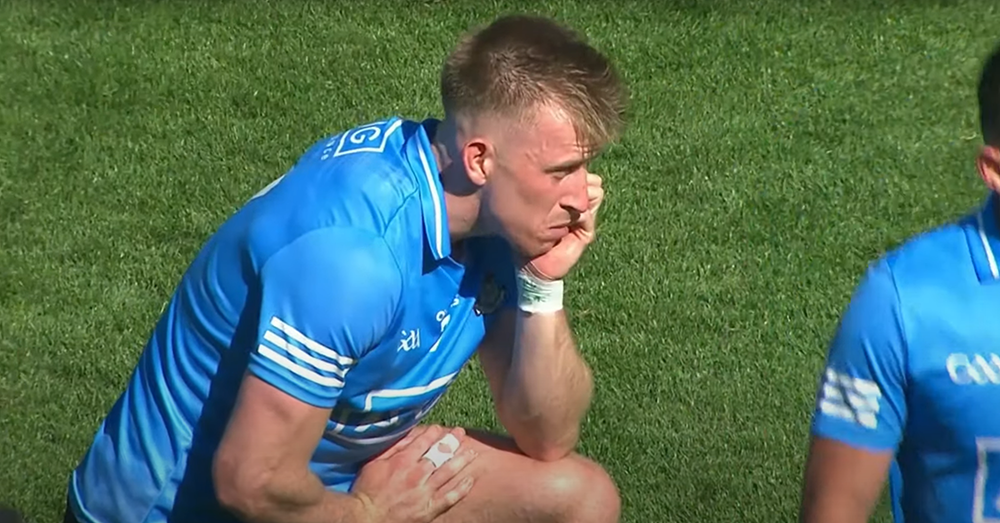 THERE were jubilant scenes after Dublin crashed out of the GAA senior football championship at the semi-final stage for the second consecutive year, sparking nationwide celebrations yesterday.

“It’s a young squad, they could do three-in-a-row, maybe even four,” said one ecstatic GAA fan, who had to weather a 6-year drought of Dublin victories before the blues made a triumphant return to their losing ways.

“Never in my life thought I’d see this again, never in my life,” sobbed another, the emotion of Dublin’s last-minute loss to Kerry clearly getting to him.

Kerry now goes on to face Galway in the 2022 All-Ireland final, with both teams under the impression that the nation is cheering them on to victory, despite pundits explaining this is not the case.

“The nation wanted Dublin to lose, that doesn’t necessarily mean they wanted either of these teams to win,” explained GAA expert Joe Folly.

“They put up a big cheer when Kerry scored that last-minute point in extra time because that was about the sweetest way you could beat a team like Dublin, and it was all the sweeter when you saw the footage of the Dub players shaking the goalposts to put the kicker off. But that doesn’t mean we’re all for a Kerry win. You don’t elect two Healy-Raes and kill Fungi and expect us all to just cheer on your football team to the final – no way”.

Meanwhile, having two culchie teams in the All-Ireland final is expected to result in bread and ham shortages leading up to the match, with customers advised to stock up on tinfoil too.