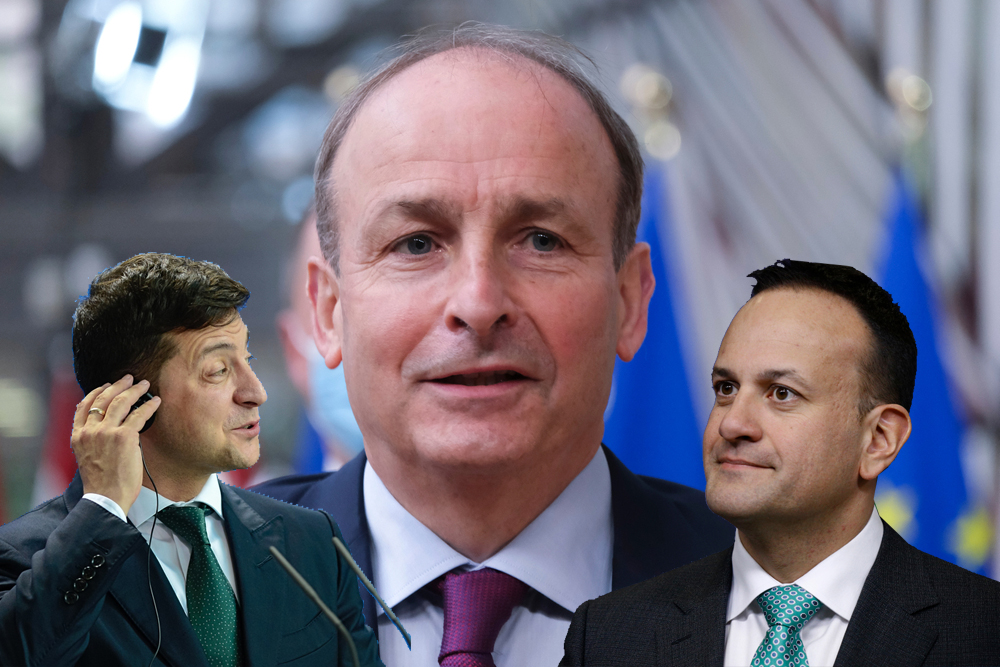 “Absolutely, one hundred percent, Volodymyr, Leo will love that,” sitting Taoiseach Micheál Martin replied to the Ukrainian President who invited him to the war-torn country.

The two leaders spoke ahead of a European Council meeting on Thursday and Friday where EU leaders will discuss the European Commission’s recommendation to grant Ukraine candidacy status, with the Taoiseach citing a busy schedule leading right up to December when he hands over the leadership to coalition partner, Leo Varadkar, as reason for his inability to directly take up the invite.

“Awful shame I can’t make it, Zelen, mad busy now ’til Christmas. Heard it’s lovely over there, well, you know, in parts,” Martin went on, making his best disappointed face, “so jealous of Leo now, but that’s his kind of thing, you know, he loves a good PR shoot. If you had to have asked me last year now, I could have organised something myself… yeah, sickened now I can’t make it”.

Meanwhile, the Tánaiste pointed out that he was already Taoiseach last time and that maybe it’s Eamon Ryan’s turn to ‘take the reigns’.

“I think as a coalition of three parties it would be only fair to give the Green Party a chance at office,” Varadkar said, rubbishing any hint of fear over visiting Ukraine, “ah no, I’m not scared or anything; I just don’t want to be hogging all the limelight. Fair’s fair”.

Awakening from a short nap, Ryan responded by stating it would not feel right for a Green Party leader to visit Ukraine on the grounds that they don’t use environmentally friendly military hardware or weaponry.