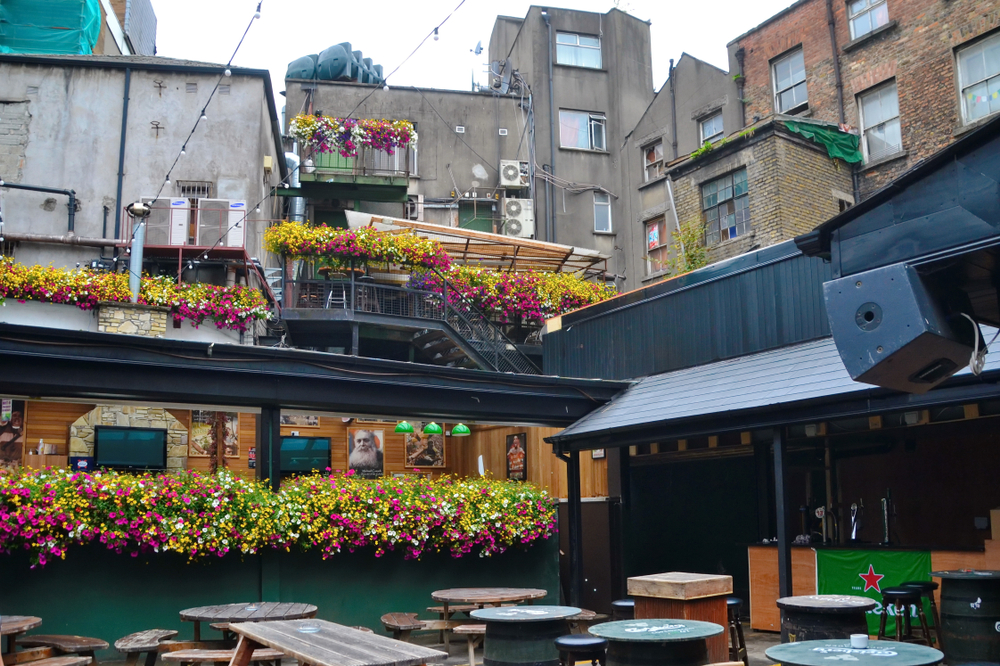 WITH planning permission sought for a hotel to be built on the site of Fibber Magee’s beer garden, thousands of Dubliners have called for the historic site to be afforded the special protection and status it deserves.

“There is just no way to estimate how many mickey tugs and bean flicks have been administered in the smoking area and beer garden soundtracked to Metallica but I’m going to say it runs into the millions,” explained Fibber’s veteran Alan Blaney.

“Jesus, the things that Volkswagen has seen. I was fingered by my first seven boyfriends in Fibber’s, if we let this historic cultural space be torn down, what next? Turning the Book of Kells into a bedsit?” shared pub regular Kate Hefflin.

Developers and Dublin City Council issued a joint statement outlining while it is regrettable to lose an outdoor space like this, they are working hard on technical innovations that will soon allow them to turn Dublin residents into hotels instead.

“We have to celebrate and honour our historic culture, we preserve dolmens, castles and all that. Why not Fibber’s? Even if it is frequented by greasy pony-tailed rockers who are smelt before they’re seen,” added another Dublin resident.

Those seeking to preserve the smoking area have proposed allowing fingerers and fingerees to erect their own personalised plaques at Fibber’s however, there is limited space and it is thought the walls cannot accommodate everyone who was part of the historic rite of passage event.

Elsewhere, visiting tourists to Dublin asked for their highlight of their trip found it hard to narrow it down to their favourite hotel or build-to-let apartment block which now stood on the site of something that once had genuine character and was worth visiting.