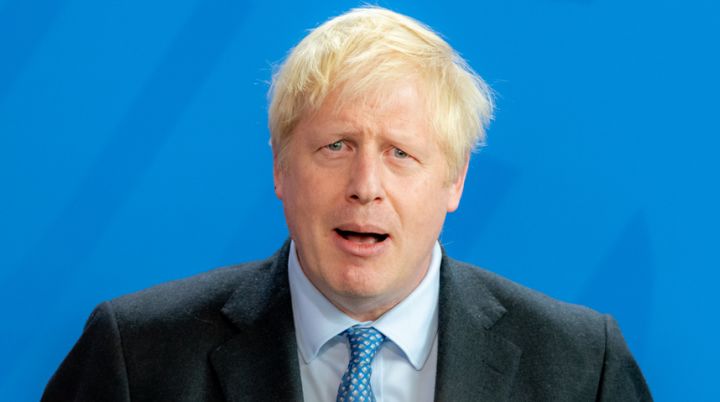 AS PART of WWN’s Opinion Series we give a platform to people we really shouldn’t. This week, it’s the turn of British prime minister Boris Johnson, who is all for destabilising Northern Ireland and bringing back the Troubles.

Before you jump down my throat, you can’t beat a bit of nostalgia. Just have a look around; the 90s are back, you’ve seen the clothes kids are wearing, right? It’s time to reissue another 90s classic – the Troubles.

In order to be that great nation that gets to deport people to Rwanda we need to follow nations like Russia and pull out of the ECHR completely. Now, is the ECHR a lynchpin of the Good Friday Agreement? Yes. Do I care? Abso-fucking-lutely not.

I have to admit I’m not known for my pulling out technique but I’ll give it a go in the case of the Protocol and the ECHR.

How can we truly know if peace is even all that great anyway if we don’t compare and contrast it with an alternative – potential chaos.

Northern Ireland’s economy is growing at a much faster pace than England, Scotland and Wales – that’s a bit embarrassing, having clear proof a foot in the single market is an economic advantage is not ideal, so it’s time to Trouble the place up a bit by using the Good Friday Agreement as loo roll.

Oh don’t look so worried, we’re already doing a bit of Troubling – a member of the Loyalist Communities Council, Winston Irvine, has been arrested by police investigating that bomb threat against Ireland’s foreign minister Simon Coveney. The DUP, Brandon Lewis and Davis Frost all met this Irvine chap at the LCC so that has the Big Collusion Energy we so enjoyed in Britain in the 70s and 80s.

My own distinct memories of British Army personnel murdering Northern Irish citizen while colluding with Loyalist terrorists was that Britain was GREAT back then.

And while Britain is definitely great under my watch, the EU is stopping us from being even greater with this whole European Charter of Human Rights spaffology. Seriously, you can’t even deport refugees whose asylum applications you refuse to process to Rwanda anymore!

I am trying to bring back to Troubles just to distract from the fact my ethics advisor just quit saying I asked him to approve ‘a deliberate and purposeful breach of the Ministerial code’ and placed him in an ‘impossible and odious position.’ No, I genuinely just don’t think any these terrible decisions and policies will affect me directly so sod it.”