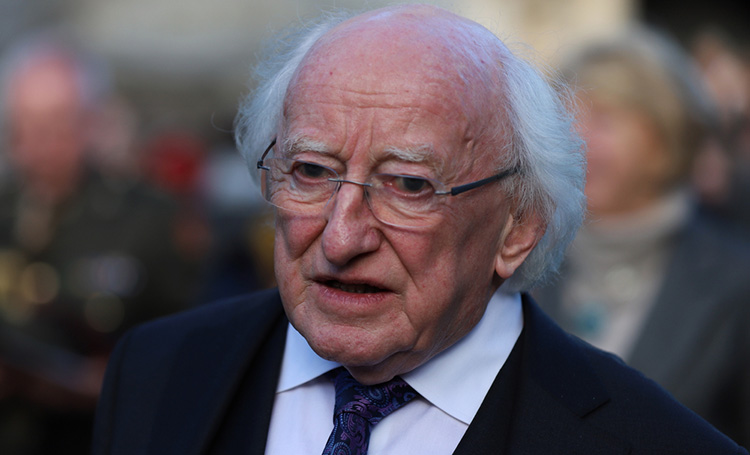 PRESIDENT Michael D. Higgins has warned Fianna Fáil and Fine Gael TDs that they may not ‘be ready for these bars’, prompting fears that the Uachtarán Uafásach may be about to launch into another verbal attack.

Government TDs declared themselves ‘shocked and hurt’ by Higgins’ recent comments about the ‘disgrace’ of the housing crisis, with many complaining that even though that may be the case ‘he doesn’t have to say it like that’.

Far from backing down at criticism from Dáil dwellers, sources close to the president have suggested that ‘you haven’t even heard the start of it yet’ with Higgins currently holed up in Áras An Uachtarán preparing some supa hot fire for you all.

“If you thought his housing rant was rough, wait until you hear ‘Def Direct Provision’, which is coming along nicely,” leaked one ÁAU insider.

“Fianna Fáil, Fine Gael, the Greens, the DUP, Boris Johnson, you’re all getting it. Michael feels that he’s spent enough of his two-term stretch as president as a quiet little chap who recites Irish poetry and breeds massive dogs. And he’s conscious that the government are more upset about what he’s saying, rather than why he’s saying it”.

“I’m spitting fire, ain’t you heard? My verbiage, at a time of crisis – more violent than ISIS but the TDs they be playing it ‘oh poor me’, they say I’m a mini-me, cuddly like Furby but if you don’t build them homes Imma gonna tear you down,” said Higgins to himself on the Áras lawn while imitating a mic drop, clearly working out his next diss track.

Unfortunately, the other bars Higgins was spitting are sadly unprintable due to the language involved.