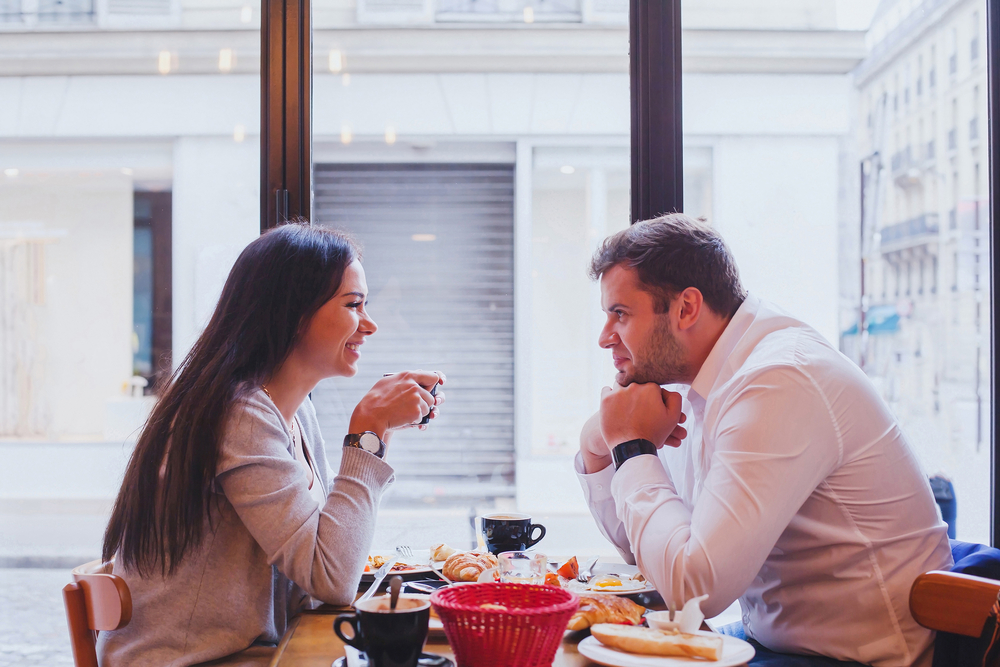 CATRIONA Evans, a notorious blackhole of joy, and Kevin Farrin, a skin-crawling caveman, have confounded the expectations of experts three drinks into their first date after matching on Bumble, with both complete and utter doses managing to navigate small talk and basic flirting without drinks being thrown over heads.

“Any other friend of Catriona’s would tell you the same, she’s a snide little cow who can only insult and drag people down so I’m lost for words,” said Evans’ friend Joanne, as word reached her that the 28-year-old was proving enjoyable company for the knuckle dragging ignoramus that is Farrin.

With exes of the pair variously describing their decisions to go out Evans and Farrin as ‘worse than that lad who ate bat soup in a Wuhan wet market’ and ‘more poorly thought out than the government’s housing policy’.

“Kevin is plenty of things but a nice human being you would like to spend more than five seconds with is not one of them, so I frankly I’m shocked his date hasn’t called the guards on him or kicked his nads into next week,” offered Farrin’s own mother.

The delicate ballet of the first flirtations have been performed by the pair without so much as a cross word, prompting concern for the world at large were Ireland’s very own answer to Pol Pot and Josef Stalin to procreate.

“I think the last time I saw her smile was when the Taliban retook Afghanistan… and I’ve heard he got so pissed at his Dad’s wake he mistook the coffin for the toilet, this is who we’re dealing with,” shared a dating expert.

UPDATE: All confusion has been cleared up after it was revealed Evans and Farrin bonded over how ‘it’s everyone else who are the cunts’, and over their mutual love of hating things like Make A Wish, famine relief efforts and Pixar movies.