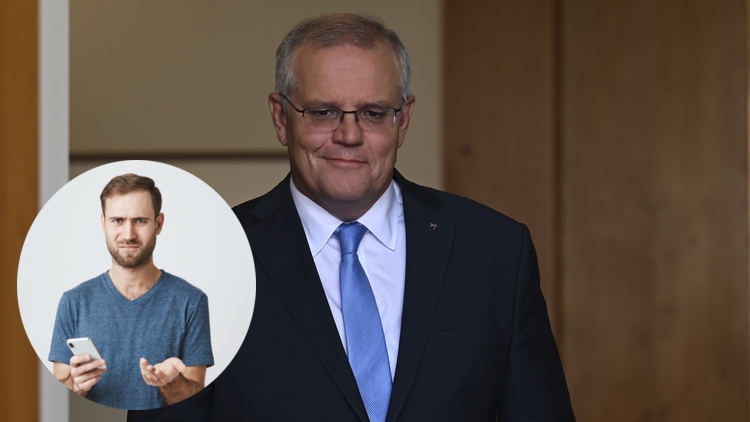 LOCAL man Colm Fitzsimons has expressed his confusion at the Australian election results, giving voice to the bemusement many Irish people greeted a result which saw the governing party ousted in decisive fashion.

“Why didn’t you contrive to split the vote to such an extent that it delivered a result which pleased absolutely no one and only served to grind the hope out of everyone?” inquired Fitzsimons, who didn’t want to lecture Australians in a superior tone but just what are they playing at.

“I don’t know much about Aussie politics other than ballots are placed in the pouch of a kangaroo and the results are announced in a special live Home and Away episode but do they want a second go of voting since they’ve clearly done it wrong?” said Fitzsimons, who admitted Australians got the initial part, of quickly forgetting about monumental scandals that should brought the government down, right for years.

“Seriously though, this out of touch Liberal crowd was in power for in for a decade, inequality got worse, housing is out of control, they chucked refugees in glorified prisons, there were accusations of jobs for the boys but the public didn’t vote them in again? I don’t think Australians get elections to be honest,” continued Fitzsimons, of the naive nation.

On closer inspection of the incoming Labor government and the election of candidates who campaigned strongly on climate issues, Fitzsimons experienced his first pang of recognition.

“Oh this feels familiar, I’d just advise you guys to mentally prepare for loads of new wrongheaded climate damaging policies to be rubber-stamped by the very crowd you voted in to avoid such things from happening,” concluded Fitzsimons.