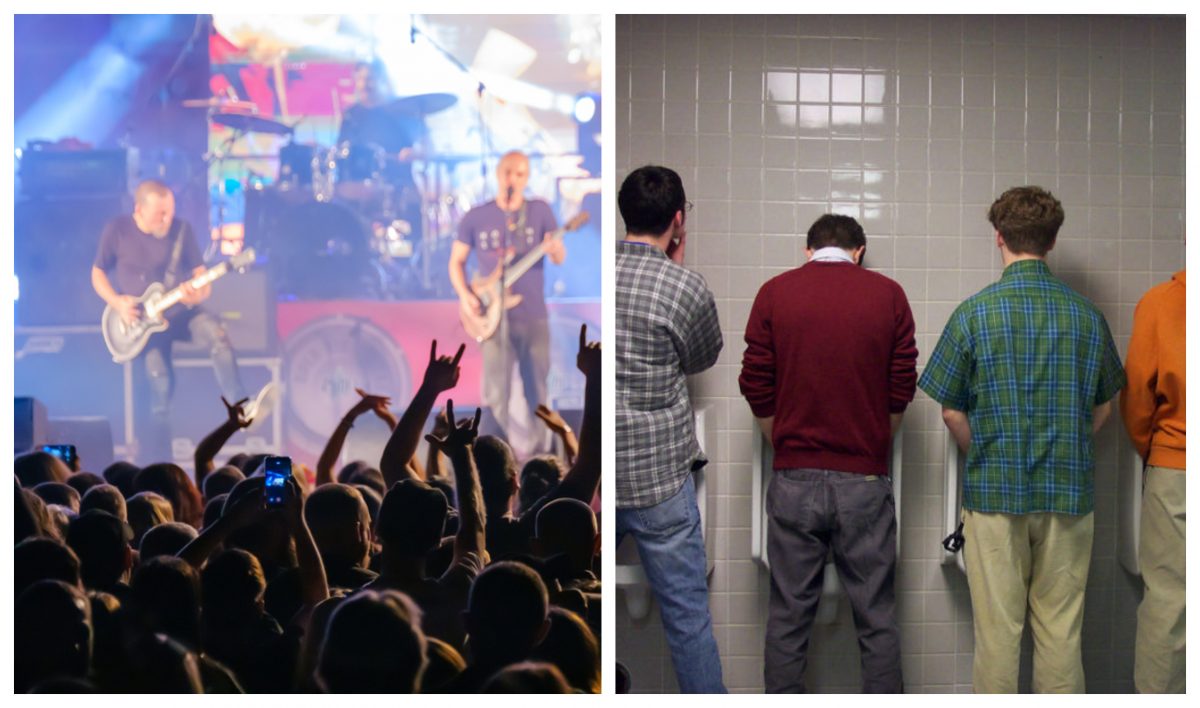 A POLL among concert-goers has revealed a number of interesting statistics, pointing towards an audience of music lovers who still harbour respect and admiration for the performers they’ve followed since their youth, but who would also love if they’d keep the set list to just the classics.

– 98% strongly stated how much they hate when the band plays a few tracks from the ‘new album’ (which 100% of the audience added they were never going to buy anyway).

– ‘New track time’ translated to ‘go for a slash’ time for the majority of the audience, most of whom added that they can’t quite keep it to two pisses a night anymore.

– 75% of the surveyed men and women told how they now dislike any concert that goes over an hour, and how they spend the last few songs of the night wondering if they should leave to get an early Luas, or about how much the babysitter is going to cost if they’re later home than expected.

– ‘It’s very loud’ came up time and time again. “The vibrations coming off the speakers were so big, my Fitbit counted them as steps,” one lady told us following a recent Tool concert in Dublin.

– Support bands were deemed ‘surplus to requirements” by 67% of polled people, with many yearning for a concert that hits the ground running, goes for an hour and then just mercifully ends.

– Almost 100% of the audience agreed that there’s ‘too many young people’ at gigs these days, with youngsters who couldn’t possibly have been alive during the performing band’s heydey causing particular ire. “If you weren’t around for Bon Scott choking on his own puke in 1980, then don’t show up for AC/DC’s ninth farewell tour in 2023”, added one man with the wispiest ponytail you’ve ever seen in your life.