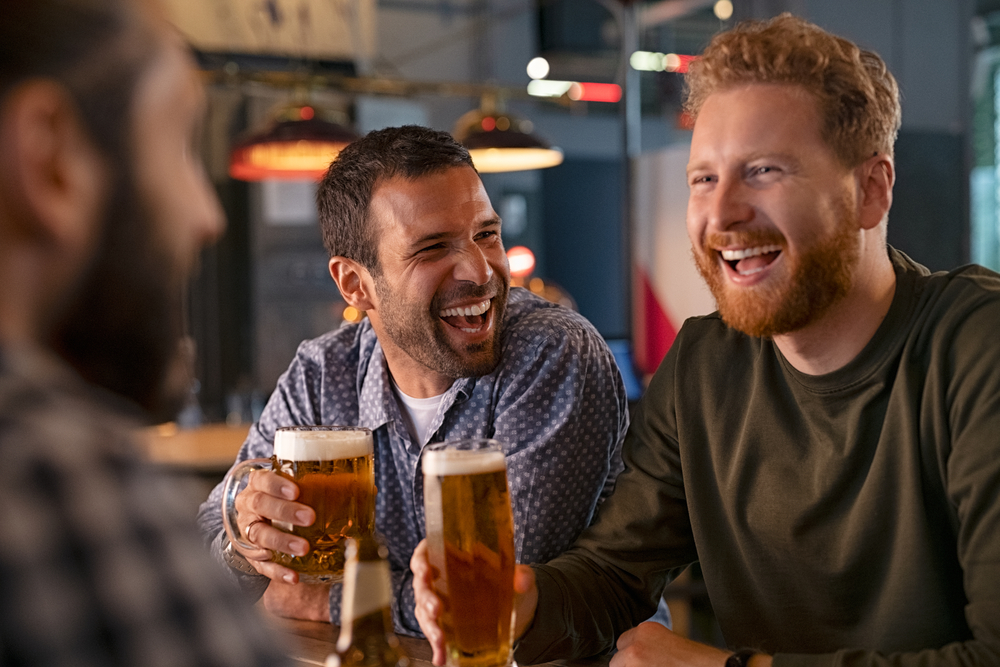 THINK you have problems? Count yourself lucky that you aren’t 43-year-old Waterford man Phil MacLoone, who earlier today received a chilling text from one of his pals hinting at a possible piss-up in the pair’s near future.

“Once you pass 40, you’d rather get a letter from Revenue saying there’s some irregularities with your accounts than get a text from Sean Callan saying ‘few beers?’,” said a visibly shaken MacLoone, clearly remembering what happened the last time.

“This isn’t a ‘few beers’, this is potentially life-threatening and almost certainly financially ruinous. Even if it is just a ‘few beers’, you’re looking at a three-day hangover. If it goes further than that, forget about it. Kids don’t go to football practice, wife is understandably annoyed for a week, Jesus even the dog gets mad at me”.

Following our chat with Mr. MacLoone, WWN caught up with text-sender Sean Callan to ask if he understood the repercussions of his offer of a friendly catch-up with his old friend.

“I don’t know what I was thinking,” sobbed Callan, asking us to throw him down some stairs so that he would have an injury to prevent the night going ahead.

“It just came out at the end of the chat, ‘must have a few beers soon if you’re free’. It was an instinct! Oh God, what if he says yes? I’ll never recover. You have to get me into some sort of pint protection programme, please!”.

So far neither men have suggested the idea of going out and just not drinking alcohol, as that would be ludicrous altogether.