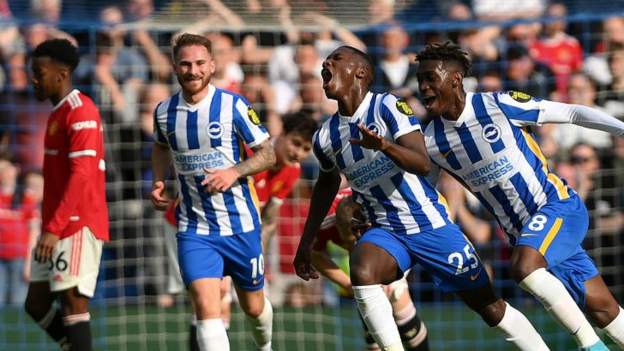 WITH LIVERPOOL drawing with Spurs and Man City thrashing Newcastle it’s clear the biggest story in football from this weekend is as always Manchester United’s ritualistic and sadomasochistic flagellating of themselves for the pleasure of rival fans.

Losing to Brighton 4-0 could be among the most embarrassing defeats suffered by Man U in recent years, with many speculating there is only a handful of scenarios more humiliating, such as:

Raising your four children from birth to adulthood only to suddenly realise they bare a striking resemblance to the milkman.

Appearing on Sky Sports to list your all-time Man Utd Premier League 11 and not picking Paul Scholes in midfield.

Having that dream were you’re giving a presentation, bollock naked, in front of a room full of people before it dawns on you that you’re not dreaming.

Sending on Harry Maguire to keep the score at 4-0.

Yelling ‘please, it’s not what it looks like I can explain’ as a crowd of people walk in on you trying to dislodge your penis from Henry the Hoover.

Appearing on Mastermind and collecting zero points from your specialist subject of ‘counting from 1-10’.

Your rivals losing in devastating fashion in extra time to Real Madrid being your only source of joy.

Defending your wife’s honour only to realise you’re being filmed by cameras and are live on stage at the Oscars.

Mistakenly signing a Raphael Varane lookalike and being too embarrassed to admit your mistake so you keep paying the person £300k a week.