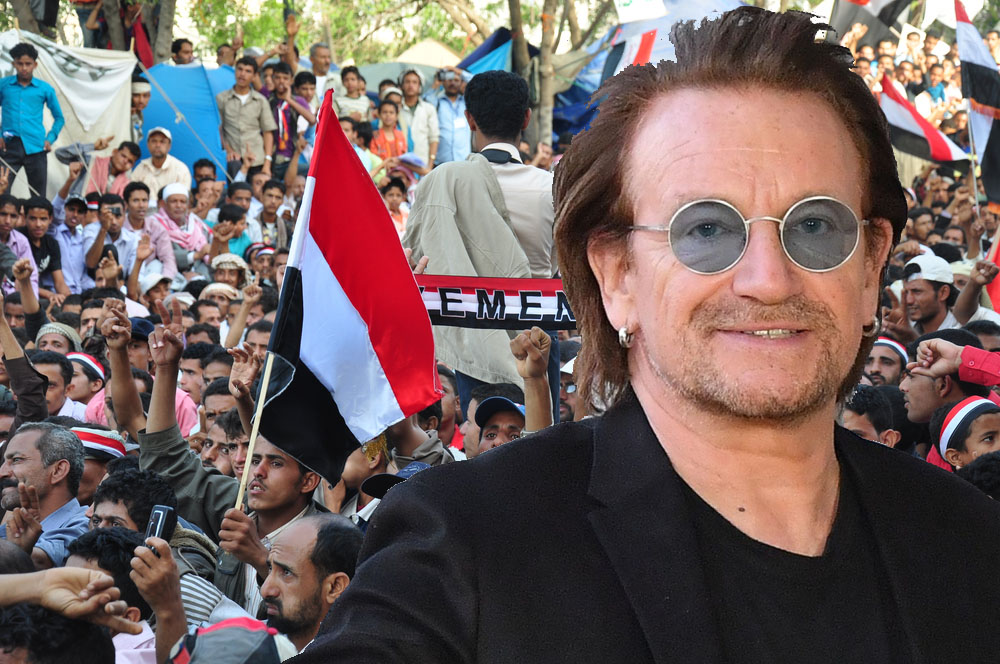 QUICKLY intervening before anyone could arrange an impromptu underground gig for them, the people of Yemen issued a joint statement to Irish singer and U2 frontman Bono, stating that they’re grand for any future visits.

“No, no, don’t mind us at all at all, we’re grand here, seriously, don’t you bother your little head about us,” the official statement read, emphasising the point that Yemen doesn’t need any songs sung there, thanks, “the days of lifting our hopes are gone anyway and to be brutally honest you’d be nearly 8 years late at this stage so it would look forced – best keep that craic for your own kind, we guess”.

The plea from the Yemeni people comes after both Bono and The Edge performed in an underground metro station which is being used as a bomb shelter after being invited to perform by Ukrainian President Volodymyr Zelenskyy as a ‘show of solidarity’ with the Ukrainian people.

“It’s great to see all the world leaders, their wives and popular rock bands flocking to Kyiv for photo shoots, it’s really brave of them and doesn’t look one bit opportunistic,” the Yemeni people added, “but if you guys were ever to insist on sending us such ‘gifts’, can you please make sure those celebrities bring food instead of songs with them; there’s 17.4 million of us classed as food insecure and another 1.6 million of us are on the brink of total starvation and we can’t eat music”.