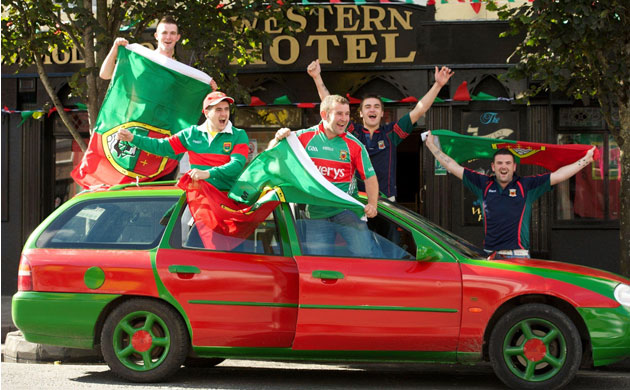 FOLLOWING their Connacht Senior Football Championship defeat to Galway by a single point, Mayo have declined to continue through the back door route and will be taking a year out from All-Ireland heartbreak.

“Who knows maybe there’s other things worth doing that doesn’t rip your heart out and squash it like a grape being trampled on by a herd of elephants,” confirmed the rather dramatic county, collectively making the decision to withdraw via a countywide ballot.

“Take a year off, travel, maybe finally learn Spanish on Duolingo like we’ve always threatened,” confirmed one of what is believed to be 147 O’Shea brothers around the fringes of the Mayo team.

The decision not to carry on in the championship and putting in the usual sterling performances before falling at the final hurdle has already greatly reduced the anxiety and stress levels of residents.

“Referrals for depression are down 60% already and as is treatment for Mayo4Sam Delusion Syndrome,” confirmed one Castlebar GP.

“Just completely eradicating all sense of hope and optimism this early in the year is brilliant,” shared one supporter who will save thousands on petrol and match tickets, while also saving their dignity due to the complete absence of cringe worthy ‘Mayo4Sam’ antics on social media.

Some experts now predict the Maritime County could repurpose its energy normally reversed for getting too excited before losing out on Sam Maguire into curing all known diseases and terraforming Mars by the end of this year.