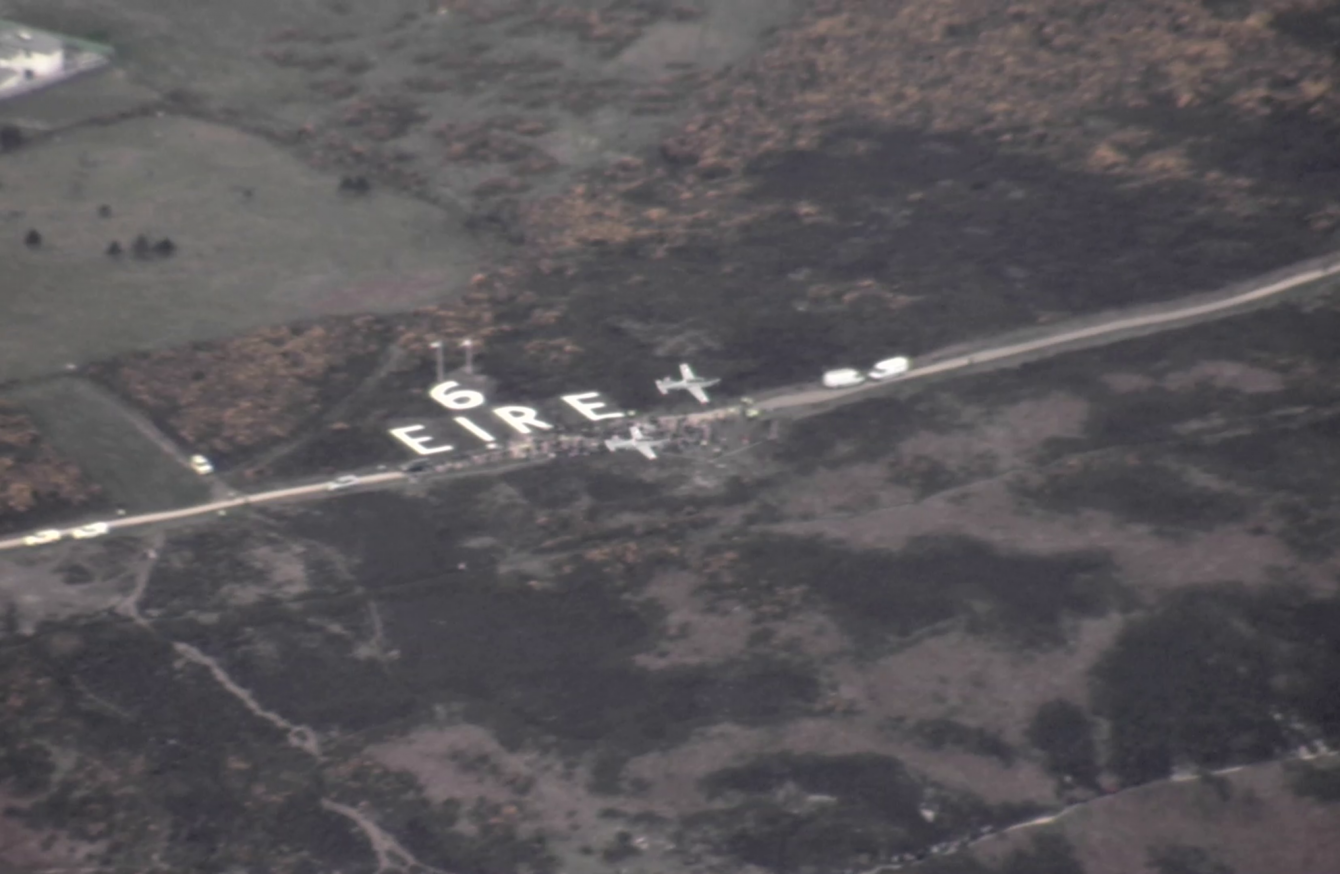 PAINSTAKINGLY restored by local volunteers in Howth over the course of a lockdown hit few years, the ‘Eire 6’ sign will now not just function as a reminder of past conflicts and Irish neutrality but an important visual signal to Russian air force pilots, experts have confirmed.

“Despite recent ructions with the Russian ambassador, we are still allowing billions in Russian assets to be laundered through Ireland so we don’t think they’d want to bomb us but it’s good to remind anyone in the skies that we’re Ireland and not a direct adversary like Britain,” confirmed a government official at the unveiling.

The Dept of Defence confirmed that all calls to invest in a depleted and under-resourced defence forces is no longer necessary as the neutrality sign will form the central part of a new era of Irish military operations dubbed ‘Operation It’ll Be Grand’.

‘Eire 6’ will also function to signal to international travelers that it currently takes about 6 Ireland’s worth of time to get through Dublin Airport these days, or 450 years in traditional time keeping.

In less positive news while it has been confirmed air force pilots know how to read neutrality markers, it is unclear if nuclear warheads launched from Moscow can.

Additional neutrality signs to be erected along the Irish coastline include ‘Can’t We Settle This Over A Few Pints’, ‘Sure We Were Only Messing, Sorry’ and ‘Is It America You’re Looking For? Keep Heading West You’ll Know It When You See It’.