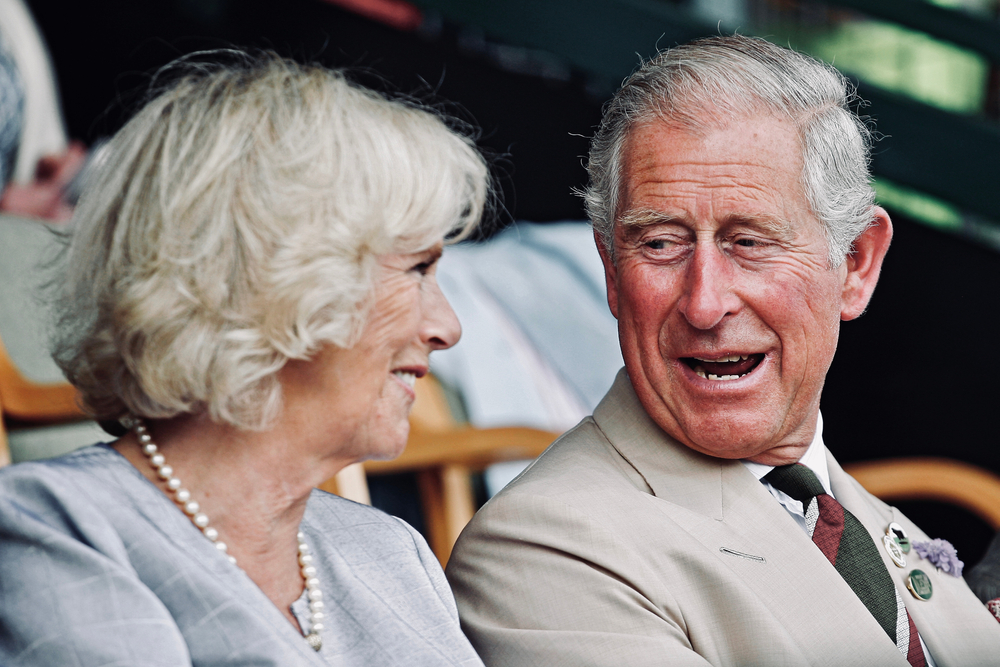 IT’S THE visit no one asked for and people simply can wait for as they’re aren’t fussed one way or another – that’s right it’s Charles and Camilla time in Waterford! Listen, if it helps brings in a few euro in terms of tourism let’s all just smile politely.

Here’s the royal pair’s highly secretive itinerary in full (die hard Nationalists in the Waterford area are asked not be pricks and use this information for illicit purposes):

The Mayor Joe Kelly will be on hand to gift Charles and Camilla a beautiful Waterford Crystal vase*. Charles and Camilla will then be directed to the Mall to see where the tricolour was flown for the very first time as people pay €50 a pop to see the look on their imperialist faces.

The couple will be brought on a pub crawl around Ballybricken before visiting the chipper while a demonstration of a ritual street brawl plays outside on the green.

A naked John Mullane riding a horse will lead Charles and Camila down the quay while Gardaí attempt to hold back locals from hurling abuse.

The majority of the Waterford visit will be taken up by the vacant properties tour of the city.

Charles’ handlers have denied he’s using the tour as a cover for sussing out nursing homes with a view to sticking his mother in one here.

Again, Charles’ handlers will insist his purchase of the Sex Pistols’ God Save The Queen in Rainbow Records has no subtext or undertones.

In a huge boost for tourism which serves as a great advert for the Waterford Greenway Charles and Camilla will do a section of it in a gold-plated, peasant-drawn carriage.

In a precious moment of genuine joy, Charles and Camilla have agreed to wave from a safe distance at a number of toothless peasants who adorn Waterford.

Charles and Camila will also be brought on a tour of Ballybeg in an armoured SUV before doing a traditional key bump of cocaine provided by a member of a local drug gang.

As a gift, the Clock Tower will be handed over to Charles on the back of a Waterford transport truck trailer and shipped to his residence in the UK. Keith Barry will also be gifted to Camila.

A whistle stop tour of all 3,485 sites in Waterford City alone at which it can be reasonably asserted ‘and here’s where your lot did something truly horrendous to Irish people’.

Despite the security risks, Charles has insisted he gets a go of the bumper cars in Tramore.

Ardkeen Stores will also be on the itinerary where the couple will be tasked to buy three items for under 50 euros.

Popular bar Geoff’s will also be on the cards where the couple can enjoy being ignored by super cool bar staff humming along to a looped Nightmares On Wax album before carving their name into the only toilet door in the men’s bathroom.

Plans to get a photo op of the pair munching down a blaa have been abandoned due to being unable to source a baker who could promise not to lace one with poison.

Another scheduled stop that didn’t work out included a visit to Dunmore East, locals there refused to slum it with paupers like Charles and Camilla.

They will round off the visit by getting to imprison a local of their choice in Reginald’s Tower.

Historians will show the Royal couple the walls of Waterford which managed to keep Oliver Cromwell out in 1649 before being told to fuck home for themselves and never come back.

*It’s actually some cheap plastic vase from the Eurogiant down the road but say nothing.