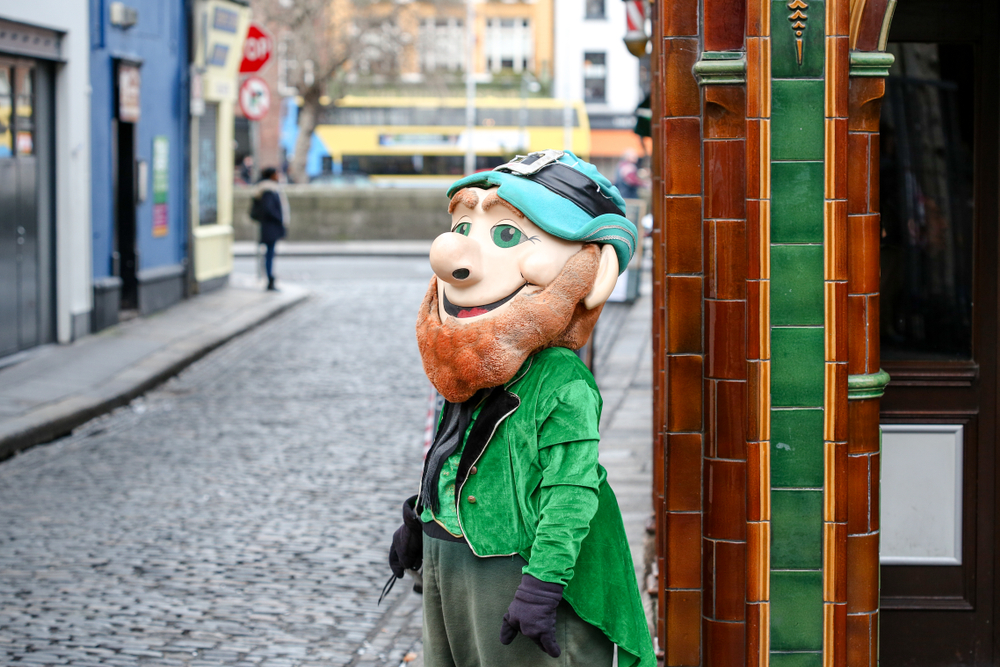 “UPON REFLECTION,” muffled arts degree holder Ronan Flannon through his top heavy leprechaun outfit he has been wearing for the last two weeks while trying to attract the attention of Temple Bar tourists, “maybe my ball ache of an auld lad right”.

“No, it’s not undignified at all and anyone sneering can feck off – I’m earning an honest crust like anyone else but anyways you’ve agreed to censor my name right?” Flannon incorrectly presumed, before momentarily jumping out in front of some Americans while proclaiming ‘top of the morning to you to be sure to be sure’.

Flannon wouldn’t be drawn on when exactly he began to regret undertaking an arts degree in university but couldn’t rule out it starting around the same time he applied for a job as ‘senior entertainment facilitation officer and project leader’ with Outsourcing Specialists LTD.

“I was told I’d be responsible for coordinating all tourist activity and footfall for a number of pubs and attractions in the Temple Bar area so naturally I was pretty pumped about the whole thing as it drew a lot on whatever the fuck I was studying in college,” explained Flannon.

“And aside from the pay being less than advertised, no pension contributions, no piss breaks and the fact this suit hasn’t been washed since the Battle of Clontarf I see this as a great opportunity for myself,” confirmed the 22-year-old, who was slightly irritated no one in career guidance at college prepared him for this.

Our interview with Flannon was cut short after a seagull entered Flannon’s costume through a small opening and a vicious fight ensued.