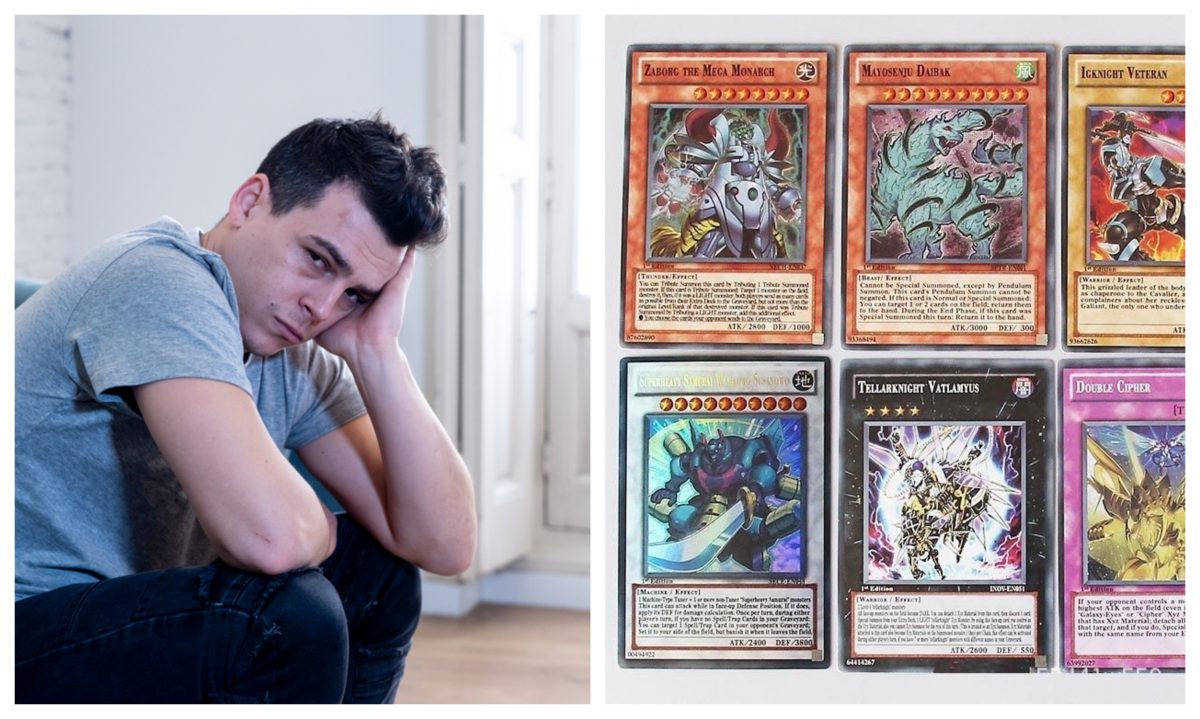 LOCAL man Aaron Kileen is believed to be one of thousands of former children now struggling with the financial impact of a childhood addiction to Yu-Gi-Oh trading cards.

“My credit rating isn’t in the toilet, it’s in the sewer. Financially speaking I’m in the ‘Graveyard'” confessed Kileen, a hollow shell of man unable to catch a break as the large scale debt he ran up attacking monster’s life points weighs him down, “no matter what I earn now in a job, it all goes back to my Yu-Gi-Oh loan shark”.

“It all started with my communion money, then I was asking my parents for an advance on my pocket money, then I was begging my dad to get an advance on his wages from work. Before I knew it, I’d sold three vital organs on the Chinese black market to keep my card habit going… I was only 9,” a haunted Kileen shared, before asking if we had any spare normal or effect monster cards.

Kileen blames his demise on the gateway drugs of Pokemon cards and his older brother’s Pogs collection.

“I was so obsessed with amassing the sorts of cards that would be of damage to my mate’s monster life points I never thought of the damage I was doing to my actual ‘life points’,” explained the 24-year-old who has been ordered to stay at least 100 metres away from Irish financial institutions such in his notoriety.

“I’m pretty sure there’s a trap card that can cancel my debt, if you can just lend me a few euro to buy it,” a pathetic Kileen chanced.