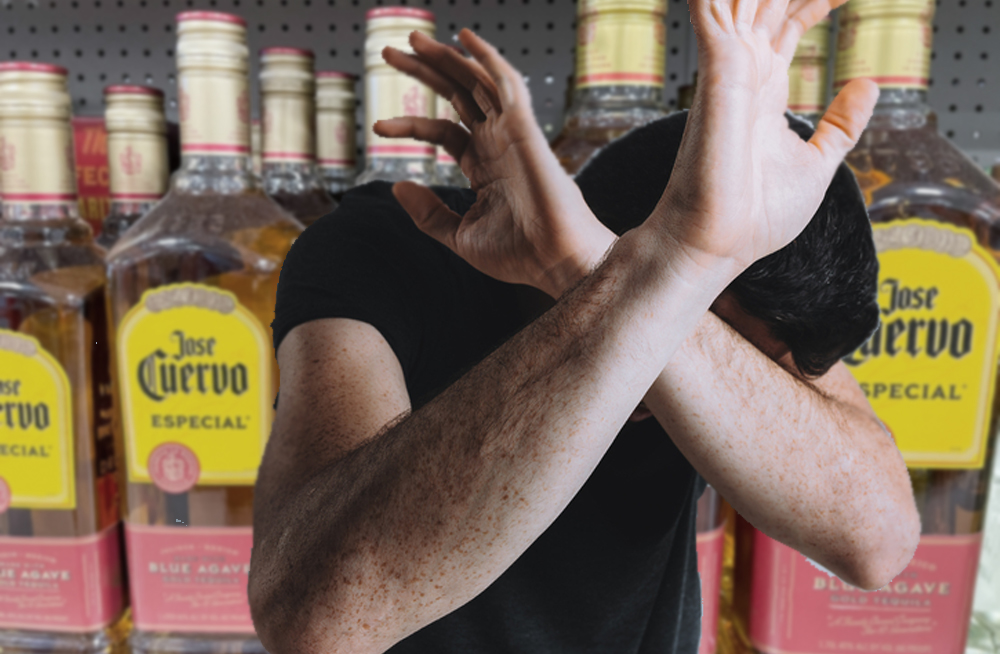 TEQUILAPHOBIA continues to be a issue that affects one in four Irish people according to recent studies, with sufferers such as Waterford’s Eamon Killeen reporting that even the slightest sniff of the Mexican spirit causes incredibly violent reactions.

In most cases, including Killeen’s, their aversion to the spirit stems from a bout of over-consumption which was so ill-advised that it triggered their body’s natural defences to prevent ever experiencing such horrors again.

For 37-year-old Killeen, his trigger incident occurred at his older brother’s 21st in 2004, where he consumed the ‘better part’ of a bottle of Jose Cuervo tequila – a liquid that he cannot even share a room with these days without his stomach deflating in on itself with absolute terror.

“To many, tequila is a drink of celebration and joy. For people like Mr. Killeen, it’s a one-way ticket to shit-pants town,” said alcoholologist Dr. Stephen Wright, speaking at a seminar discussing brand-specific alcoholophobia.

“I have another patient who once drank two bottles of Baileys on a hen night, and she can’t even read ‘Bailey’s Cheesecake’ on a restaurant menu without dry heaving like a hairball regurgitating cat.

“For these people, we try to wean them back onto the offending alcohol by first letting them hold a bottle, uncorking it, before slowly breaking them back in to sniffing it and eventually reuniting the offending drink with their lips – it takes months, but we promise we can get even the most adamant Tequilaphobic licking salt off his hand in six months or less”.

The new alcoholophobia rehabilitation program is generously being sponsored by the Irish Vintners Association.