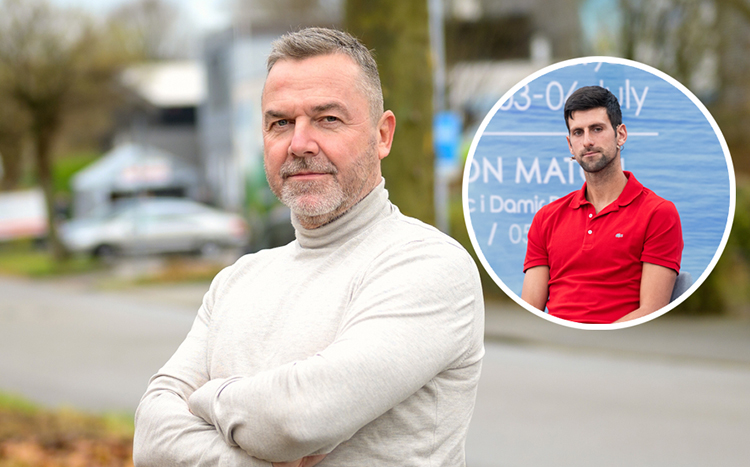 However, someone who is not laughing is diehard as-of-last-week Djokovic fan David Singley, who has never seen someone so thoroughly mistreated as he has the Serbian tennis great.

“Look if you completely discount the fact he knew he had Covid-19 and ignored isolation and quarantine rules in Serbia and then met with children and did an interview with a journalist and did a photoshoot, what I see here is someone really worth endlessly defending online,” Singley said, who incidentally, has quit his job full time to spend time in online forums.

Djokovic had initially been granted entry to Australia but following this latest Hawkeye challenge, the Serb has been judged to be ‘out’ pending further appeals.

“Like he is 100% the injured party here if you also ignore the fact he didn’t disclose on his visa application that he had been abroad in the 14 days prior to entering Australia – ignore that he lied on his forms, and all the other stuff and you’ve got a classic case of completely faultless person who is a victim comparable with Jesus Christ,” Singley added of a very easy to sympathise with figure.

In the wake of Djokovic’s visa trouble his team has been flooded with emails from Irish lads happy to help him figure out ways to overstay a visa on the sly, although they admit it may be too late.

“Now, I know what you’re going to say next; he initially applied for a medical exemption weeks before he tested positive for Covid which formed the basis of his medical exemption, weird right?

“And that surely even his most strident defenders can’t defend all this, but imagine none of this happened… can you imagine? Please? Imagine it, okay? Great now, you can see he’s the victim, guilty of nothing except loving freedom of choice, well except for a government’s freedom of choice to deny entry to someone,” added Singley, who is so upset by treatment of Djokovic, he is vowing not tune in to the five minutes of Wimbledon he accidentally watches each year while channel hopping.