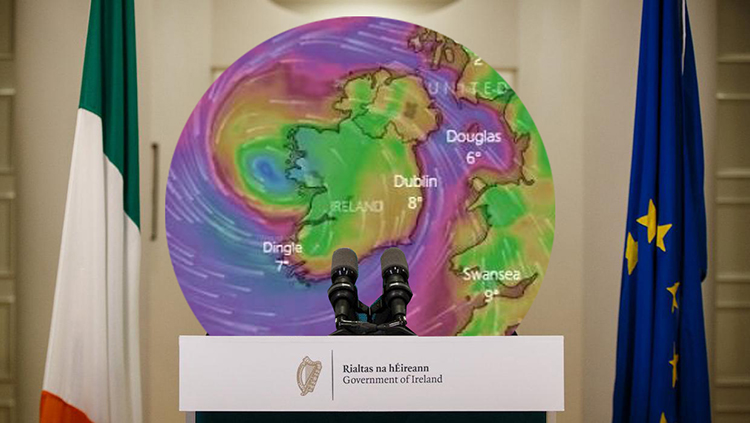 “I UNDERSTAND it’s a major inconvenience to parents, it’s short notice and it’s yet another interruption to childrens’ education but c’mon let’s not ignore the Covid-shaped elephant in the room anywhere,” began new Minister for Education Barra, taking decisive action in attempt to undo incomprehensible aspects of Covid strategy pursued in recent months in the education sector.

“This closure however will allow us to install HEPA filters in all suitable schools. I’ll also reintroduce close contacts, ‘cus, seriously what were they at?” added Minister Barra who has made a whirlwind tour of country in the past 24 hours visiting schools, leaving no stone unturned.

“Like come on. We’ve spent over €50mn on hand sanitiser to tackle an airborne disease without any big investment in ventilation and air filtration which is madness,” Barra said, picking up wind and refusing to defend his predecessors.

“Fun new measure too, if a school principal rings to ask advice on a Covid outbreak I’m instructing my Dept not to just ignore the calls or say ‘it’ll be grand’,” added Barra, already on course to be the greatest education minister in living memory.

Breezing through countless new changes to strategy Barra also stated that everyone is banned from saying ‘schools are inherently safe places’. There won’t be wholesale changes as Barra said for continuity’s sake he would also take teachers and SNAs for granted.

Elsewhere, Barra would not be drawn on allegations relating to trampoline theft with many accusations coming with incriminating video footage.