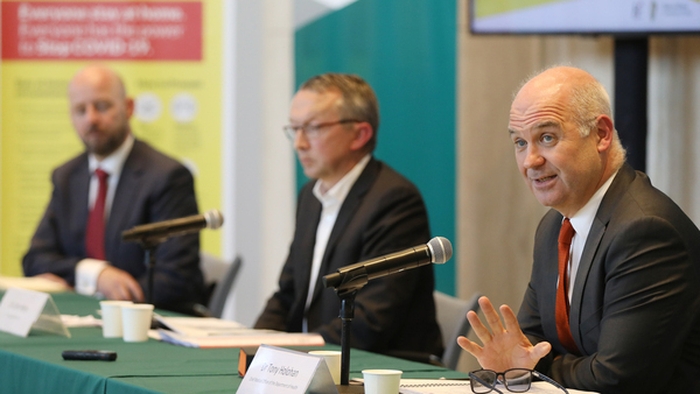 THE government have denied reports that they are excluding the National Public Health Emergency Team from the decision-making process, adding that the team is more than welcome to join any meetings and that it’s ‘not the government’s fault NPHET can’t open a Zoom link’.

Meanwhile, members of NPHET are desperately attempting to contact IT in a bid to join said meeting, and have been told that the link sent to them by the government’s team ‘should have more than three numbers at the end of it’.

“Two years into this and they still can’t work Zoom eh?” laughed Tánaiste Leo Varadkar as he took the lead with announcing this week’s restrictions and recommendations, which he is certain NPHET would agree with if they were here.

“All those in favour of doing everything our way, raise your hands… nice. And hey, if NPHET had anything to say about it, now was the time. So I guess we could also then say that if this goes wrong, it’s kinda their fault, am I right?”.

As Varadkar moved the meeting on to the subject of how ‘mixed messaging’ has harmed the pandemic response, a frantic NPHET member burst into the room to state that they had thoughts on the matter, but there had been ‘some sort of Zoom meeting sabotage along the way’.

They were then told by the Government that ‘oh yeah, that was actually a Teams Meeting, not Zoom’, and that they should check their junk mail folder if they can’t find the link.