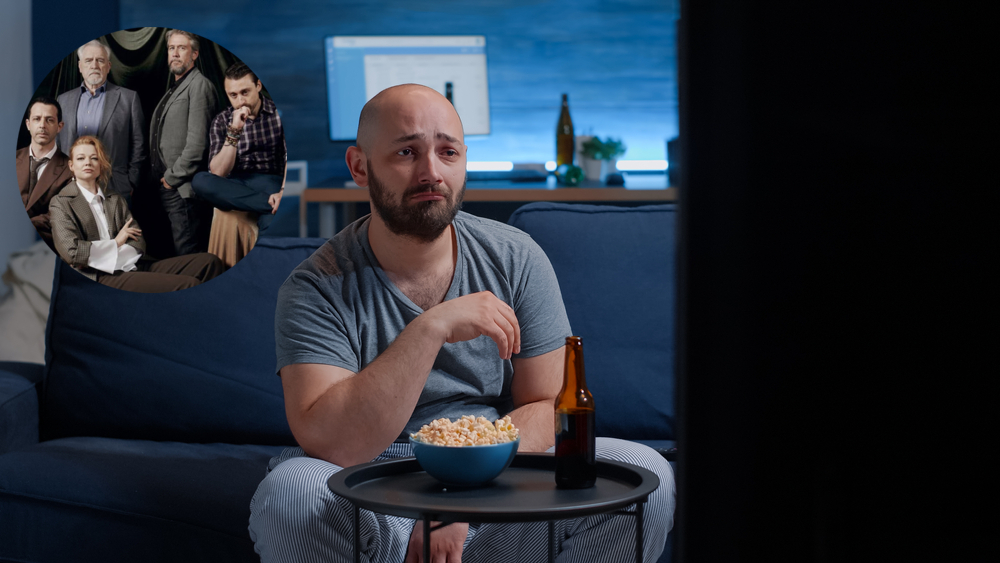 LOCAL MAN Stephen O’Byrne can’t help but feel the pangs of jealousy as he watches HBO’s Succession, finding it hard at times to watch a cast of characters whose tight family bonds are far more firm and loving than his own.

“I dunno, I get bit upset sometimes watching it. They’re all so warm to one another, it’s just a world away from my family. There’s a softness to the way they relate that makes me realise I had a rather cold childhood,” explained O’Byrne.

“Some people tend not to like violent movies and shows, but for me I can’t bare to watch functioning family units like the Roys, it’s too painful,” added O’Byrne, who wishes his father was nice enough to make earning Daddy’s love feel like a decade in solitary confinement in Guantanamo Bay.

“Like I could never see myself and my sister sitting down for a chat where I volley highly sexualised barbs at her, or my auld lad, what I wouldn’t give to be told to fuck off. But I suppose that’s the point of feelgood dramas, they’re aspirational and downright unattainable,” a sorrowful O’Byrne said, as he watched Succession through the mist of the tears gathering in his eyes.

“It’s not all bad though, I do have a deeply homoerotic and unsettling friendship with a lanky human ostrich I mentally torture just like Tom does Greg, so there’s that,” added O’Byrne.

Fully surrendering to his emotions, a sniffling O’Byrne urged those lucky enough to have a loving and functioning family to treasure those precious moments, like when your deviant brother calls you Cuckleberry Finn and hopes you die.