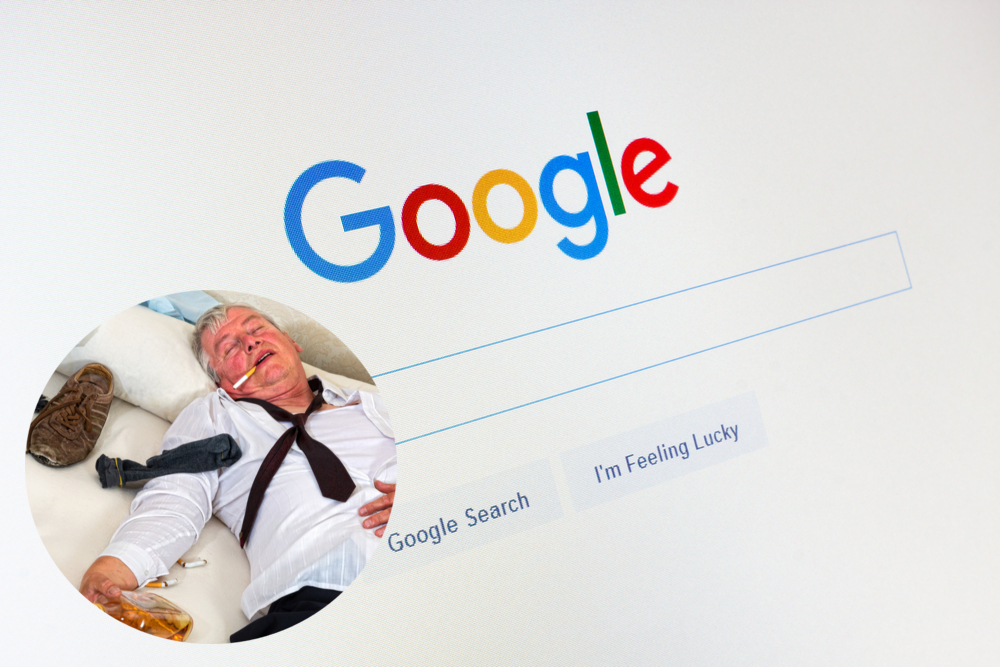 AMERICAN search engine giant Google has once again used its home page to honour an exceptional individual who has contributed greatly to the enhancement of humanity with its ‘Google Doodle’ feature, this time making a nod to Tipp man and hardy drinker Patsy Tymonds.

Known locally and now internationally as a dare devil risk taker who was a trailblazer in the scientific field of session studies and taking the discipline to new heights, Tymonds proved that it is possible to down 14 Jager bombs in one night with only slightly significant damage to the body and brain.

“It’s good to see Ireland, Tipperary and the Irish alcohol studies communities honoured in this way,” confirmed one man who witnessed Tymonds feat of scientific research, which took place after someone said he was only a slip of a thing that could only two bombs, tops.

Today, a plaque in Tymonds honour was unveiled outside the Clonmel pub where the successful 14 bomb attempt was staged.

“We’ve preserved Patsy’s vomit stains in the pub too, it’s a bit of history and it’d be a shame to wash over it literally and figuratively,” shared publican Jon Dillon.

“I only wish Patsy could see this for himself,” Dillon added, standing next to Tymonds, who sadly went blind shortly consuming the 14th Jager bomb.