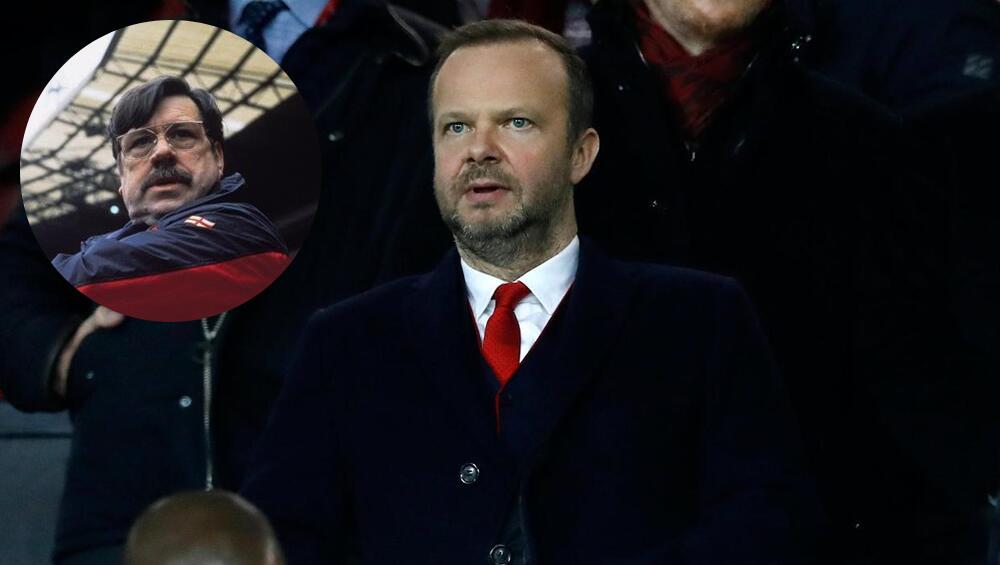 SENSATIONALLY silencing all critics of the Glazer era who think those running the club have all the football knowledge Sylvester Stallone in Escape to Victory, Ed Woodward has appointed former England manager Mike Bassett as interim manager at Manchester United.

“Would a ‘calculator in a suit with shit for brains’ appoint a former England manager as a stop gap?” The departing why-hasn’t-he-left-yet executive vice-chairman said, in a clear barb against his critics as he was flanked by a visibly confused Ricky Tomlinson.

“Greater gravy-chugging ability than Big Sam, and a passion for the club’s 4-4-fucking-2 DNA he was the obvious choice to steady the sinking ship. Try telling me I’m as useless as a condom with a sunroof now,” added Woodward, who also announced a new official toilet clogging commercial partner for the Southeast Asian market.

Woodward urged those impatient and angry fans to bare with the board before stating “the team will be disbanded at the end of the season anyway so Old Trafford can play home to a weekly 3-D realistic hologram replay of the ’99 Champions League Final.

Amnesty International have been contacted by the current United squad as rumours persist that Roy Keane could feature on a future coaching staff at the club.

Elsewhere, a 48-year-old Norwegian man has reportedly been rescued from ‘the United way’ cult in Manchester after three years of being held captive with his permission, with his first TV interview since his rescue baring all the hallmarks of Stockholm Syndrome.