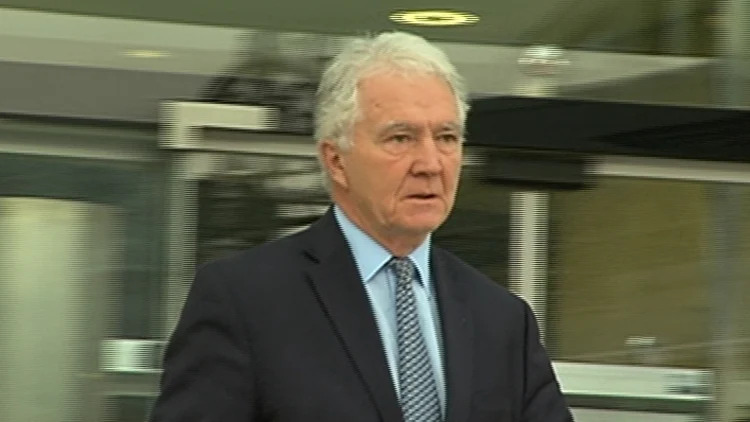 SEAN FITZPATRICK, former Anglo Irish Bank chairman and the reason your children and your children’s children are saddled with debt, has died aged 73, WWN has learned.

The complete and utter banker will be remembered for his stewardship of Anglo Irish Bank during the period it became one of the most notorious financial institutions in the world and the envy of mafias everywhere before it was eventually bailed out by occasional golfing buddy Brian Cowen and his Fianna Fáil led government.

The patron saint of irresponsible lending to property developers will be honoured by the banking fraternity tomorrow when they will observe of minute of no regulations to mark his passing.

“I’ll miss him, he was a sort of role model for me,” said one banker who steals money from the pockets of sleeping homeless people.

“It’s important to remind people not to speak ill of the dead even if they refused to apologise for presiding over the collapse of a bank which bankrupted the country, or indeed if they suggested cutting spending on children, the elderly and health care to pay for said bailout,” confirmed one holder of their tongue, who must be commended for resisting the urge to call Fitzpatrick ‘an irredeemable prick’.

Unconfirmed reports suggest Fitzpatrick will be buried in a golden circle, a subtle nod to the golden circle of investors who helped falsely inflate Anglo’s share price with financial experts suggesting that the great big banking trial below will prosecute Fitzpatrick more effectively than the ODCE ever did.