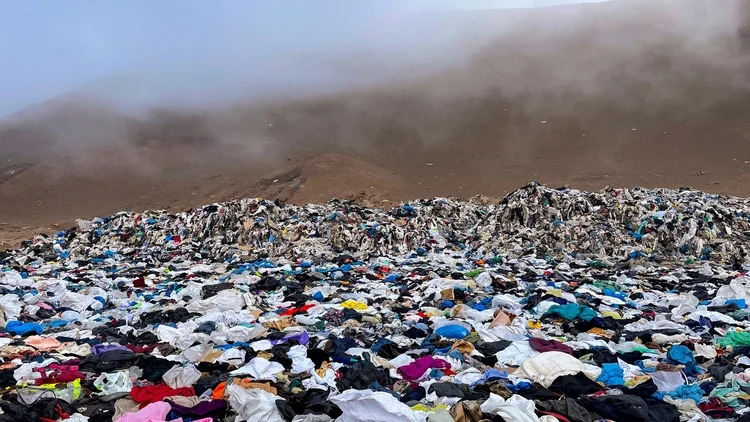 CHILE’S Atacama desert has bashfully downplayed the compliments of other dumping grounds around the world, stating that it didn’t go to great expense when kitting itself out with a mountain of discarded clothing, instead simply relying on cheaper clothing retailers.

“I got that pile over there from Dunnes, this is from Penneys and then the shoes and other bits – all 1,400 tonnes of them are from ASOS, PLT,” beamed the desert, clearly proud of the attention its ensemble was attracting.

“I’ll just tell you straight, I didn’t have the money to be one of these really toxic, really expensive nuclear dumping grounds. And I’m nowhere near the sea so I can’t be destroyed by floating plastic or oil spills. But when you put your mind to it, you can have yourself a perfectly nice looking rotting pile of garbage through fast fashion alone”.

The Atacama desert is just one of several innovative dumps springing up around the world that have completely changed their look with discarded clothing, most of which is kindly donated from around the world in a bid to keep the multi-billion dollar fashion industry from losing any money.

“People want to look their best for social media so companies have granted them the ability to buy clothes for next to nothing and thanks to some clever hiring techniques in countries that don’t mind breaking an international law or two, when the clothes are discarded they’re sent over to poorer countries” explained the Atacama, wearing fashions from all of the world’s clothing producers at once.

“Charitable donations to a poorer country are fine, but there’s only so much people can afford to buy over here so the majority ends up on this princess right here. And to think I was just a simple, unspoiled wonder of nature a few years ago! Look at me now!”

Thanks to the non-biological nature of most of the fabrics in the Chilean clothes dump, the desert can expect to be the height of scrap style for forever.