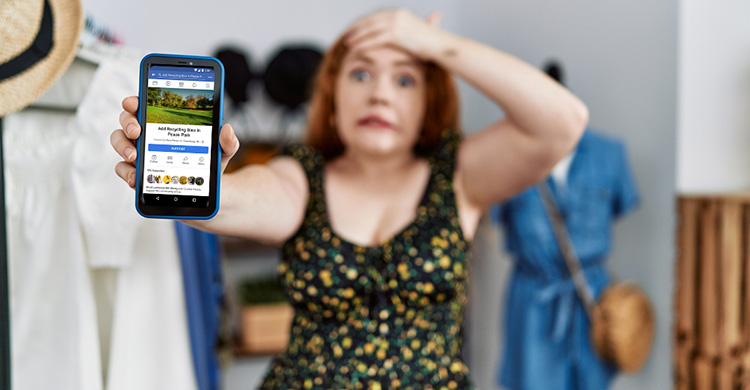 THERE has been significant and widespread panic throughout the world as Facebook, WhatsApp and Instagram were successfully brought back online, meaning the brief respite from non-stop division, propelled by a hate-loving algorithms, is over.

The outage which saw Facebook offline for 7 hours was initially put down to Mark Zuckerberg finally finding the only successful way to stop the spread of misinformation on his platform, however, chaos has ensued ever since the social network has come back online.

“Oh God no, why,” remarked many experts who were enjoying not having to bare witness to far right white supremacist ideology being actively promoted to billions of people, as well as eejits trying to selling a manky couches on Facebook Marketplace.

“I actually enjoyed my social media break. It’s really good to switch off, you should try it,” said one user who spent the hours on Twitter, Snapchat and TikTok.

While Facebook was down independent vaccine research was brought to a complete halt, improving the life expectancy of morons significantly. In less positive news many middle aged men suffered chronic withdrawals after being unable to send racially insensitive memes on WhatsApp, similar withdrawals were suffered by people unable to stalk their exes on Instagram.

In the aftermath of Facebook returning to normal service, the world’s population of Minions meme loving aunts over 50 breathed a sigh of relief and investors were similarly comforted by share prices in anger and outrage rebounding to record levels.

Meanwhile, economists have asked people not to take Zuckerberg losing $8.5bn because some apps didn’t work for a few hours as a damning indictment of irrational and illogical economic system which is as reliable as Tarot card reading.

Elsewhere, relieved Facebook executives have said ‘well at least no one is talking about the explosive revelations from that whistleblower anymore’.