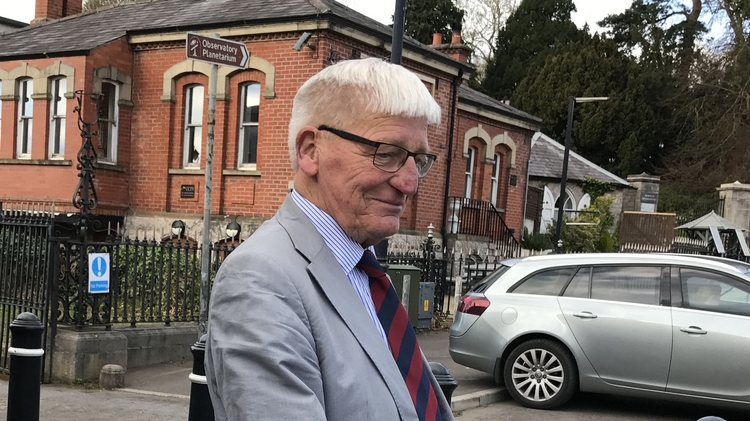 Internet users hearts were melted by this adorable and infirm old man when British MPs came to his aide after he was needlessly forced to stand trial by ‘the haterz’ who claim he is credibly accused of murdering an unharmed man with learning difficulties during his time serving in Northern Ireland. Something rendered ‘impossible’ due to him now being a doddery old man.

“But he’s all old, squidgy and grandad-looking, you can’t be making him stand trial for murder, even if that’s what he is alleged of doing,” explained one heroic MP Johnny Mercer, who added Dennis Hutching smelled of his idyllic 1980s childhood back when Britain was ‘proper British’.

“How can you make a man who can’t stand for that long stand trial, and anyway this way so long ago it’s like it didn’t happen, at least that’s what we want everyone to think” said another MP, defending the defenceless elderly man charged with murdering defenceless man, 27-year-old John Pat Cunningham.

“He probably eats Werthers Originals, have you no hearts at all?”.

“You say evidence could point to a cold blooded execution, but I say forget all that and just think about the old man from ‘UP!’, wasn’t that movie lovely?” added yet another MP, from the back of a long queue of politicians who just don’t see the point in affording justice to a victim denied it by the British government for decades.

“John Pat Cunningham was the victim you say? Well that sounds like a suspiciously Irish sounding name, doesn’t it? I think that settles that. How did this go to trial at all?” added another man, who long ago gave up human form and transformed into a giant poppy.

“And no it’s not convenient that all his fellow soldiers said that no one saw who did the shooting, to suggest otherwise is actually crazy and anti-British, especially when that solider was going to grow up to be an old man,” concluded the sentient poppy.