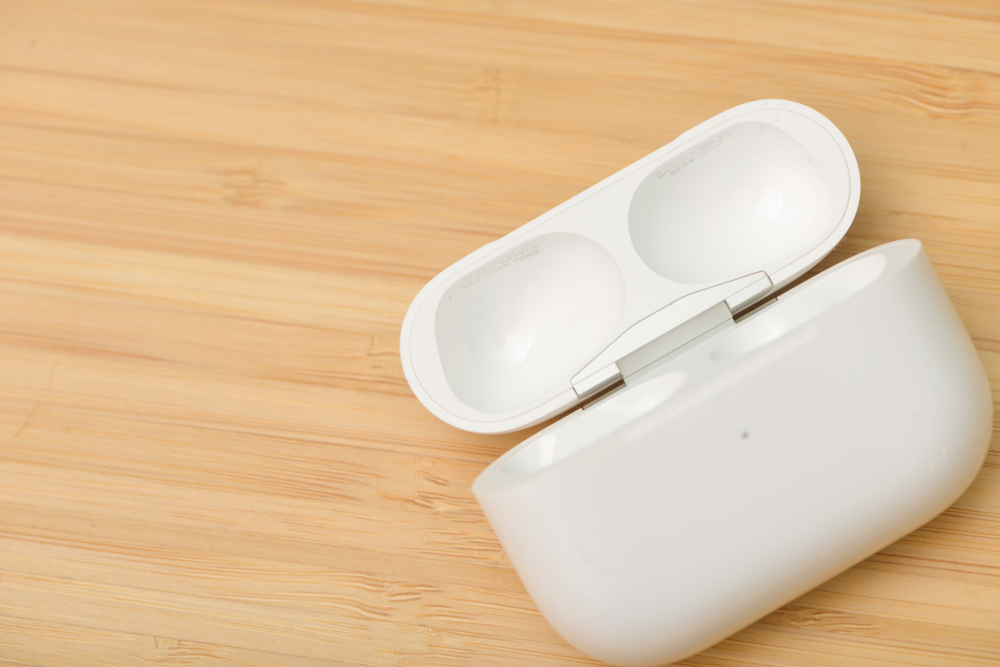 “YOU haven’t seen them, have ya?” remarked Apple airpods owner Gavin Malley, now resorting to tearing up the floorboards in his home in search of the elusive audio aids which go missing at least 40 times a day.

“Fuck sake, I swear I had them a second ago there on the table,” added Malley, running his hands over his ears just in case he hadn’t realised he was wearing them the whole time.

Malley is believed to be just one of 100% of airpods owners whose life is now solely dedicated to searching for the constantly missing phone accessory, with many forced to quit jobs, renege on social engagements and generally retreat from society in order to partake in constant searches.

“They’re the fuckin’ David Blaine of ear phones, always staging elaborate fuckin’ disappearing acts,” added a frustrated Malley, arse up in the air as he poked his head underneath the couch he has already checked five times to no avail.

“Oh but they’re great though, so handy. Wouldn’t be caught dead the old plebphones, that’s what I call the ones with wires. Ugh, talk about a nightmare, all that tangling” added Malley, slowly going insane as he has now misplaced the airpod charging chase.

“Best €179 I ever spent,” continued Malley, breaking down in tears before screaming “yes, I’ve tried the Find My Phone app thingy already!”