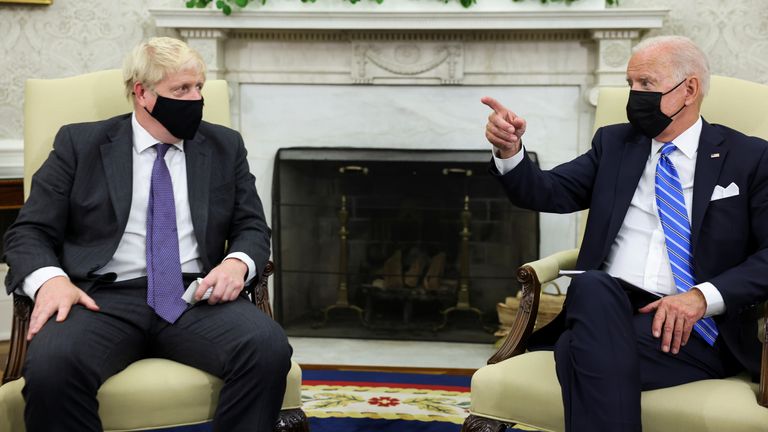 TRYING TO put a positive spin on being told once more in no uncertain terms that a trade deal with the US is impossible if he intends to trample all over the Good Friday Agreement, Boris Johnson has somehow declared being told to ‘fuck off’ a roaring success.

“We are simpatico, at-one, two sides of the same coin, thick as thieves. The special relationship endures,” Johnson said in response to Biden gruffly stating “listen here you scruffy, Latin-quoting haunted cabbage patch doll. The Irish stopped taking orders from you a long time ago, get that into your demented crumpet of a skull”.

Unaffected by Biden’s words, Johnson retreated further into an alternative reality he calls Brexitland where up is down and ‘fuck off’ is ‘massive trade deal imminent’.

“Rather than admit failure I’ll admit success,” countered Johnson. “Britain has once again triumphed – made possible by snatching blatant lies from the jaws of defeat,” Johnson added, once again making less sense than a puddle of custard.

Responding to fears that the ongoing shortages of products on shelves back home will remain firmly ‘ongoing’ and adversely affect the Christmas period, Johnson insisted he wasn’t a fan of this reality business.

“I ask that when the British people look at the shelves they adopt more of a ‘shelves half full’ kind of outlook, and I remind them that if you do manage to get your hands on absent products it’ll be in pounds and ounces! Brexit success! huzzah!” Johnson said with all the enthusiasm of a deflating bouncy castle being savaged by a dog.