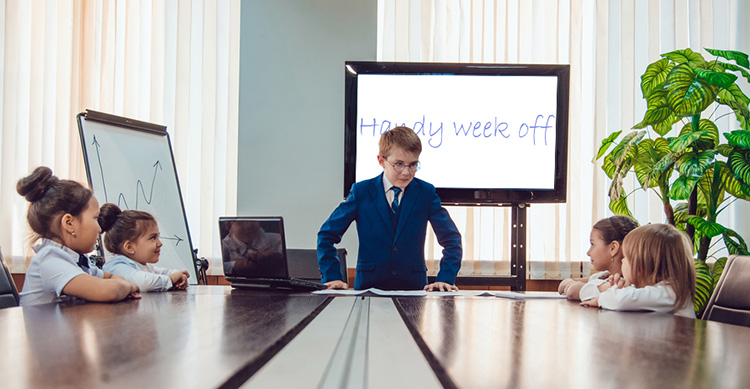 THE CHILDRENS’ Union of Ireland confirmed it is ‘flabbergasted’ by the short notice provided to them regarding the implementation of a change to the close contact system that sees school children no longer forced to isolate at home.

“The anguish this will cause kids is significant; to have the handiest doss week of our lives taken away like that is nothing short of a disgrace,” stated a spokeschild for the CUI, delivering a media address on top of a milk crate.

The CUI noted its frustration that there is now a two-tier school society at work in which asymptomatic close contacts are punished and forced back to school while wheezing, snot-oozing symptomatic germ bombs of children could potentially be rewarded with weeks off during the school year.

“We had it all – left in our rooms playing Playstation and watching endless, seemingly harmless Youtube videos that’ll probably cause us unknown psychological trauma, and then Mam or Dad coming in to deliver McDonalds as reward for being bored at home. It was the life but now it’s been stolen from us,” they continued.

The CUI has urged Minister for Education Norma Foley to return to the negotiating table with the union willing to settle for 3 days off as a close contact provided the remaining school days in that week feature extra PE and a movie.

“To be clear, in terms of the potential implication for the spread of Covid-19 and health concerns for children with underlying conditions – we couldn’t give a fuck, we just want that sweet week off,” concluded the CUI.

Meanwhile, the Dept of Education confirmed the next change in the close contacts system could see students only being noted as a contact once one of their lungs has collapsed.