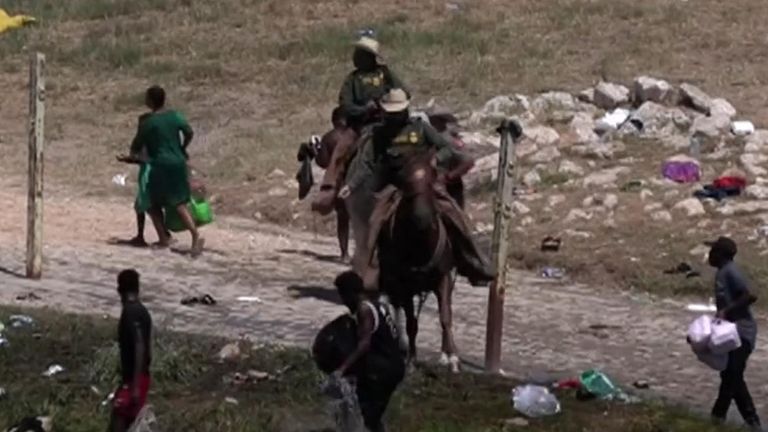 US BORDER officials have confessed to being left profoundly inconvenienced by video of border patrolmen on horseback appearing to strike and intimidate migrants on the US-Mexico border.

“We can only offer our deep felt irritation at the fact this was documented on camera for dissemination to the wider public,” shared Secretary Alejandro Mayorkas, who was surprised people could get so exercised over the footage when the ‘kids in cages’ is still a thing.

“The fact the footage was so easily acquired is troubling, a full investigation has been launched so that we may learn from this and prevent anything like this from ever happening again. The filming, not the mistreatment,” clarified Mayorkas.

“This is not the American way, at least when we know the cameras are on us. Come back another day and we’ll show you how border agents really treat migrants, but give us about 6 hours warning before you arrive, okay?” added White House Press Secretary Jen Psaki.

The footage has come as a shock to the portion of American voters who thought that they could just ignore such treatment of migrants after voting in a ‘good guy’ in the last election.

“It’s shocking to see, I would have just presumed Homeland Security would have weeded out any whistleblowers, well, it’s what I would have done. Plus, letting photographers get that close? Just arrest them and confiscate their footage, duh. But the sudden shift to exclusively calling them migrants and not refugees is a nice touch,” said one bleeding heart liberal when it’s most convenient to them.

US border officials fearing that such visceral and arresting footage would lead to pressure to act in a more inhumane way to refugees and migrants have been reminded that EU nations have been left largely unmoved by drowning refugees in the Mediterranean for years so don’t sweat it.