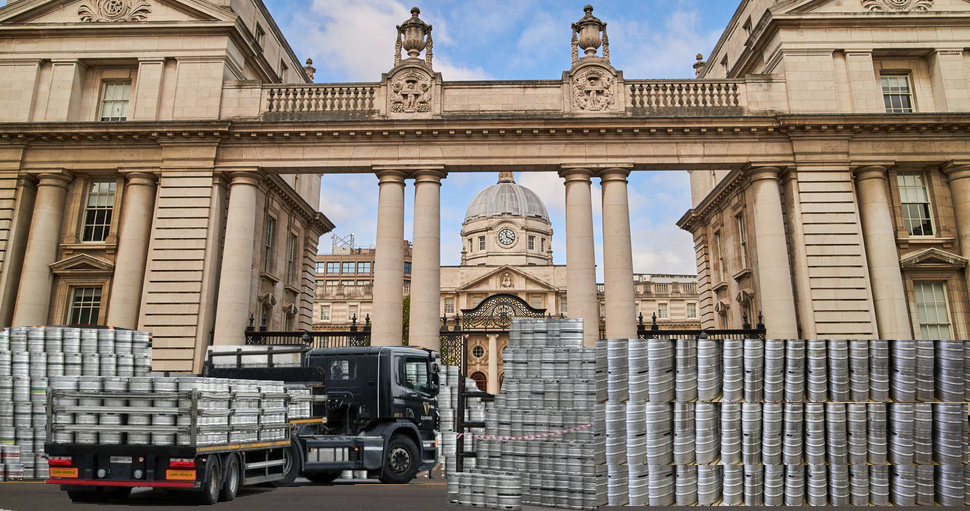 THERE were tearful scenes as TDs’ parents dropped them off at the gates of Leinster House for their first day back at the Dáil, while elsewhere panicked Dáil bar staff feared they wouldn’t have enough stock to see them through the day.

Traffic was backed up for miles surrounding Merrion Square as Guinness trucks lined the streets and delivery workers unloaded hundreds of kegs.

“Yeah only 400 tonnes, they’re not match fit yet for the bar, that’ll come a week or two after some late night debates about housing or something,” offered the Dáil bar manager, who confirmed Danny Healy Rae has been preemptively barred.

“You really think this will last until lunchtime?” one worried Dáil barman queried, as he regretted not pushing harder for his idea of having a direct Guinness fuel pipe fitted between Leinster House and St James Gate.

Gracious Irish politicians have agreed to return today to the Dáil to incoherently fling faeces at one another, and that’s even before a drink has been taken, with special emphasis placed on ensuring the public are left in no doubt that they’re stealing a living.

“A motion of no confidence tabled by the Opposition who know it has no hope of passing, a cabinet half-filled with ministers who should have resigned, the Dáil is back baby!” said one TD as they sneaked a naggin into the chamber to make it all a bit more bearable.

Some TDs playing ‘Dáil bingo’, which requires you to down a shot anytime the government blames Sinn Féin for everything or when Sinn Féin claim they have the answers to every problem, have been rushed to hospital after their livers exploded.