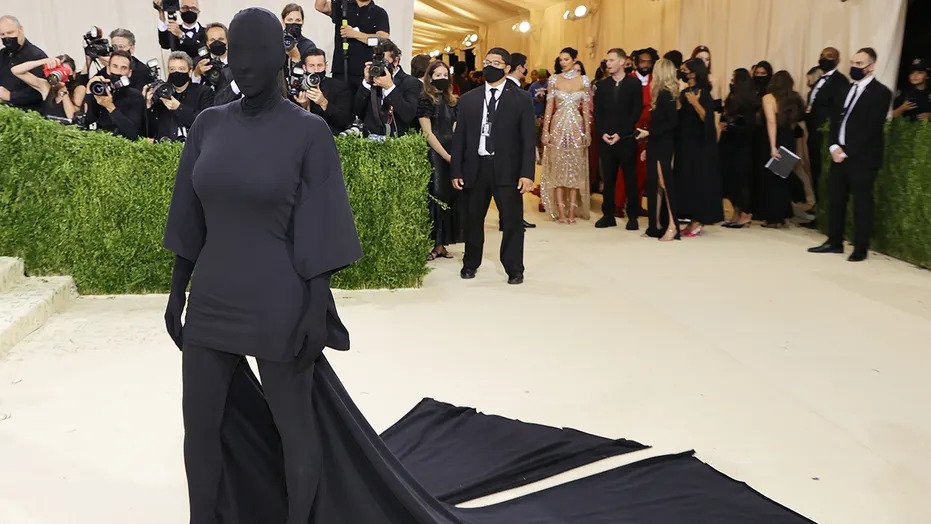 CONFOUNDING & ASTOUNDING in equal measure Kim Kardashian shocked the fashion world last night as she went with unknown and little heralded designer Taliban and debuted an innovative and striking look on the red carpet.

Just one of countless rich people enjoying a well-deserved night out Kardashian’s head-to-toe get up has been described by fashion blogs as everything from ‘slay, slay, slay’ to ‘would be popular in Kabul right now’.

Testing the bounds of fashion in something a MA student will erroneously claim is a comment on the nature of celebrity, Kardashian would have been unrecognisable were it not for her assistants and PR team screaming ‘it’s Kim Kardashian take the fucking photo now’ at assembled photographers.

“Wow, I see it a commentary on everything we’re going through right now, it’s very thought provoking and calls to mind blah blah blah,” said one fashion journalist who had 5,000 word to fill on the event and couldn’t just say ‘she looks fucking ridiculous’ and leave it at that.

Kardashian’s appearance in a dress by Taliban is a timely boost for the nascent fashion house which recently captured the Afghanistan market where its head-to-toe black garbs are flying off the shelves.

Other notable outfits included Monaghan man John Parsons, who wowed the great and the good of the fashion world in his Ben Sherman shirt and boot cut jeans.