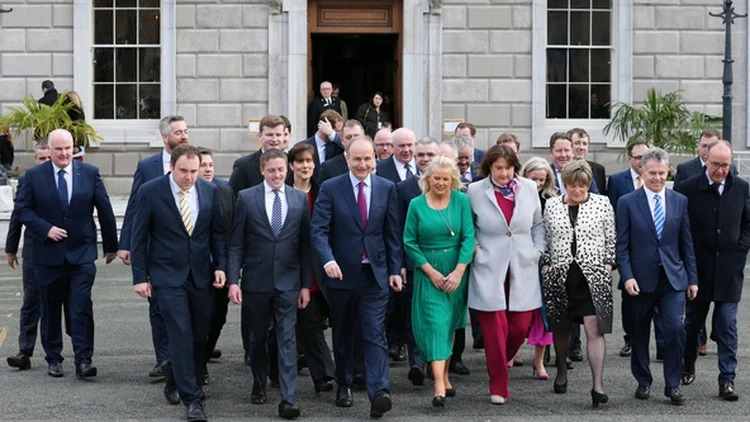 “SORRY pal, your names not on the list,” said one FF think-in bouncer to Taoiseach and maybe-soon-to-be ex-Fianna Fáil leader Micheál Martin, as questions about his future continued to swirl.

With it being reported across the media that a significant number of party TDs are moving against Martin, the Cork man, peering in from the window outside was disappointed to see that his party have in the last few moments formally pledged their undying lack of confidence in him.

“This is the Fianna Fáil I know and love; back stabbing, shooting ourselves in the foot, being completely unaware of how the public views us, getting distracted by in-fighting instead of tackling crises facing the public. Let’s get this heave and push over with,” shared one TD, who thought the party needed a change of direction because he wasn’t made a minister under Martin and have you seen the size of those pensions?

“In fairness I think voters don’t know what we stand for and we’re quickly becoming largely irrelevant to voters, but I think we could become irrelevant a lot quicker which is why I’d give the gig to someone like Marc MacSharry,” added another FFer.

Sources close to Martin say he has not ruled out going ‘full Bolsonaro’ in response to the challenge to his lack of leadership. In serious need of back up the Taoiseach has reportedly asked aides to fetch Jack Chambers from a nearby creche.

Elsewhere, several FF TDs were earlier rushed to hospital for experiencing apparent brain bleeds as a result of the party staging their ill-advised ‘think-in’.