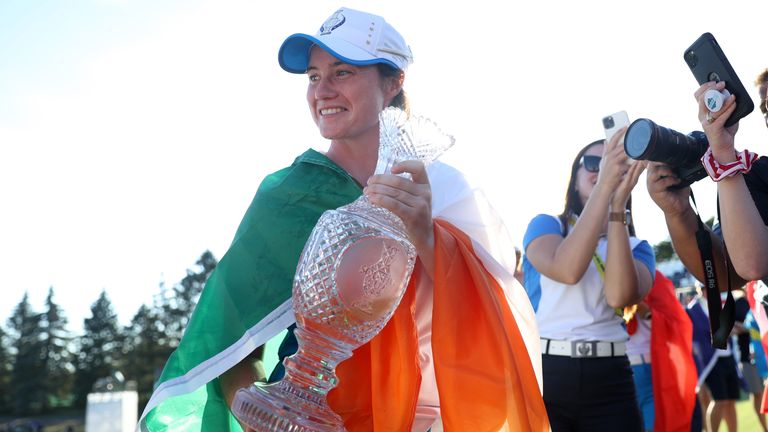 CAVAN woman and professional golfer Leona Maguire has been praised for keeping the vast majority of her Solheim Cup points to herself in a stunning debut which saw her secure 4.5 points out of a possible 5 points as she played a decisive role in helping Europe retain the trophy.

“I think I saw her peel an orange in her pocket too,” groused world number 1 and no-match-for-Maguire, Kelly Norda, just one of the golfers to lose out to Maguire.

Lauded by the world’s sports media and labeled the tournament’s MVP, golfing experts suggested the unwelcome stereotype of Cavan people being a bit magnificent may have been central to her success.

“Only someone from Cavan could retain such a vice like grip on their points in what is an incredibly competitive set of games, and if I know Cavan people it’ll eat her up inside that she even had to share half a point despite her debut being the best ever by a rookie in the tournament’s history” shared one expert.

“Honestly, is it too much to ask for her to share that bit more? What golfer needs 4.5 points anyway, sharing is caring,” the defeated Americans protested.

Maguire would not be drawn on rumours that she only owns one golf ball, however, it is thought she will need to buy another anytime soon if the performance she put in over the three days of the Solheim Cup is anything to go by.