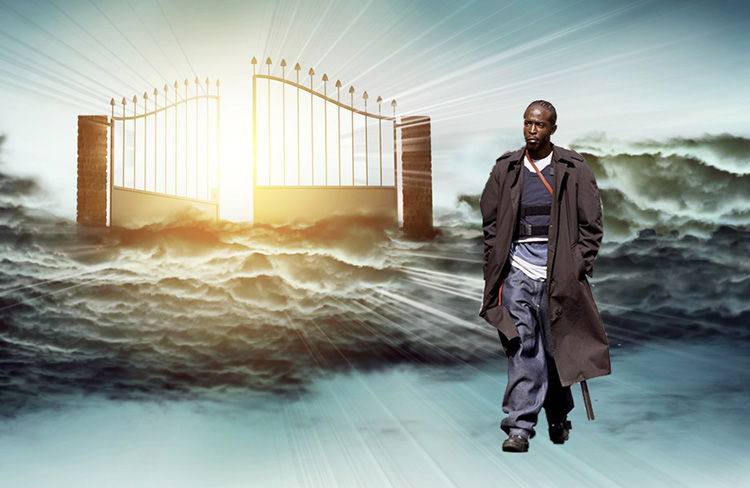 PANIC was been sparked at the gates of Heaven as the faint sound of ‘The Farmer in The Dell’ could be heard, whistled by a distant figure striding purposefully towards them.

“Yo Omar comin'” shouted Saint Peter as he abandoned his position at the gates in favour of a safer location, leaving several trembling angels frozen in place.

Staging an ambitious raid, Omar Little cleaned out God’s stash house despite the enhanced security and its heavy fortification.

“He didn’t even have to do anything, they knew his reputation so they just opened those gates up and let him in,” shared one eye witness, who thought he was a lot more deserving of admittance than others.

While some Heaven based observers criticised Little’s appearance through the pearly gates, the shotgun-totting Baltimore native pointed out there were plenty of lawyers with briefcases residing in Heaven.

“I got the shotgun, you got the halo, it’s all in the game though, right?” Little offered up in response to one angel who poured scorn on his profession and past, “it’s either play or get played – a man’s gotta have a code”.

Amid rumours God’s underlings have been plotting to oust Little from Heaven they have been warned about the perils of the coming for the King.