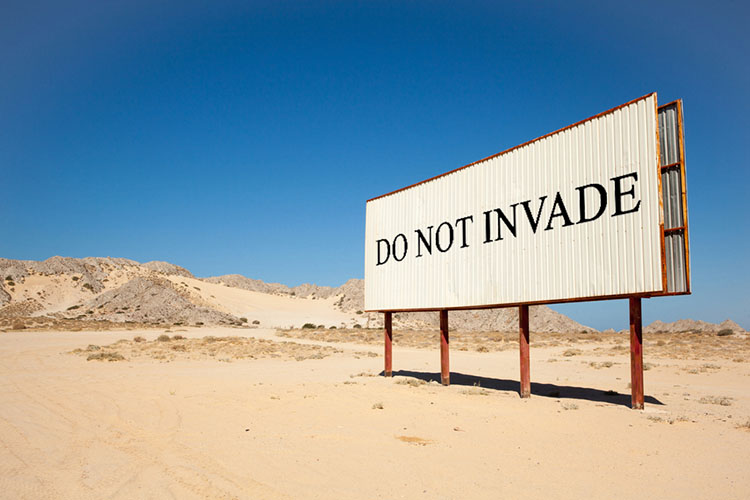 “WOW, you might want to leave it for a while before you go in there!” stated the United States today as they backed away from Afghanistan, waving their hand in front of their face as if referencing a particularly stinky toilet they’d just left behind them.

The statement comes following a day of deadly violence as the situation at Kabul airport descended into chaos and explosions leaving dozens dead, prompting US officials to stick a post-it note on the canteen fridge in the Pentagon reading ‘don’t go near Afghanistan for a while’.

“Quick one guys, and we’re sure the Russians will back us up on this one – do not, we repeat, do not invade Afghanistan. More trouble than it’s worth” read an official statement from the Department Of Defence, as the White House approved the construction of a ‘Do Not Invade’ sign big enough to be visible from space.

“We’re going to drape this over the mountains as we fly the last plane out of there. It was bad when we got here 20 years ago and the 20 before, we put up one hell of a fight to get it right where we wanted it to be, and then boom; it all went to hell, even worse than ever.

“People say the Taliban are the ones to worry about – the Taliban are the least of our worries right now. We’ve got a whole new ISIS, more refugees than ever, even kindly old grandpa President Biden is starting to look like a raging dickhead. There’s more places to invade, let’s just move on”.

Meanwhile the Taliban has thanked the US for leaving behind biometric data for every Afghan person that helped them during the invasion, and have requested the passwords to save time having to hack into the system.