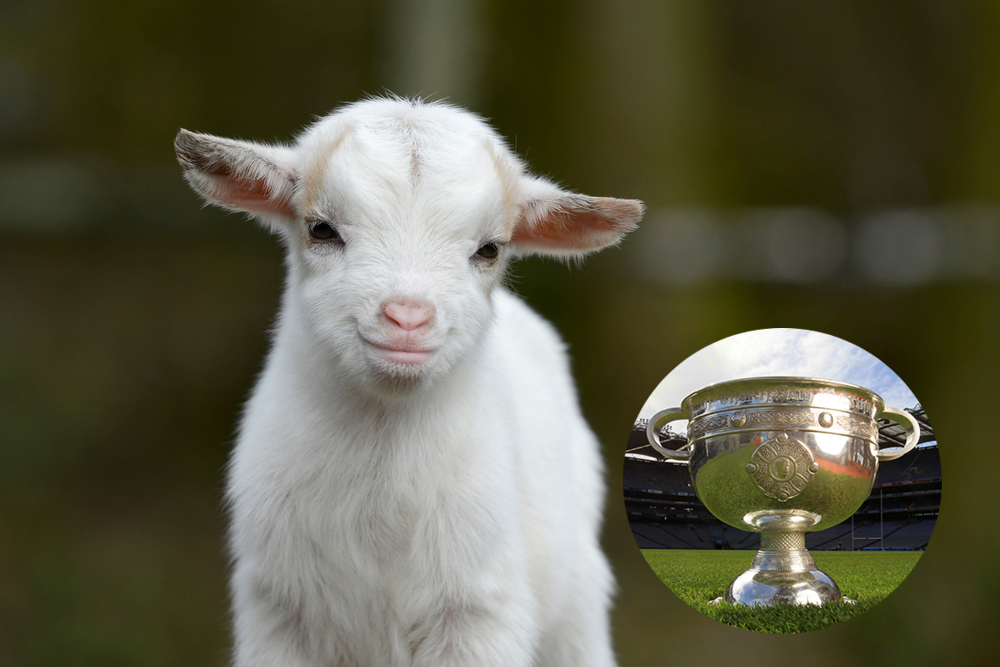 THE FRIGHTENED bleating of a young goat was silenced by a sharp blade as the sun rose on Clew Bay this morning, part of the Mayo faithful’s latest effort to end the long running curse which has sabotaged attempt after attempt to secure the Sam Maguire.

“There’s no curse ending ritual we won’t explore,” shared one local farmer who was happy to offer up a goat if it meant the Dubs would finally stop gloating. “The ancient book of curse lifting said you just need to kill one, but we’re leaving nothing to chance so we’ll do a dozen”.

Attended by several thousands locals all dressed in green and red hooded cloaks while partaking in a Mongolian throat singing version of the Green and Red of Mayo sung backwards in Latin, the 6.15am sacrifice could prove the vital difference where other rituals failed.

“We thought we had it sussed when we cut a lock of Marty Morrissey’s hair off and put it in a soup we fed the team but no joy that year,” shared Aidan Cassidy, head of the Mayo Senior Football Sub Committee on Curse Ending.

“We’re desperate at this stage, after goat sacrificing there’s not many curse ending rituals, is there? Virgin sacrifice? Took ages to find one but that was a waste of time and Jesus, the screams out of her. Eat the heart of a dangerous beast? Sure security won’t let you near Brian Fenton. This really is our last hope,” added Cassidy, writing ‘Mayo 4 Sam’ on his chest using the goat’s blood.

In the event of finally triumphing over Dublin in this weekend’s semi-final, Mayo supporters are happy to begin premature celebrations as it should be a straight forward 15 point win in the final against Kerry or Tyrone.