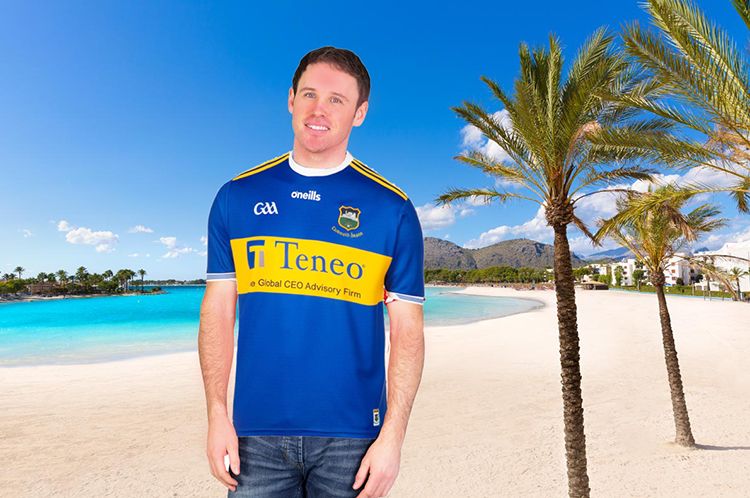 WITH holidaying abroad back on the menu, Irish people are fleeing this godforsaken island in their thousands. Whether it be a family holiday, stag/hen or romantic weekend, it’s been so long since the public have ventured off on a foreign holiday it may be necessary to refamiliarise yourself with how Irish people behave when abroad.

WWN, in conjunction with the Department of Foreign Affairs and the DAA, have produced these essential tips:

Wear your county jersey on you at all times. Heading to the beach? GAA jersey. Popping to the ‘Mercato’? GAA jersey. Eating in an exclusive Michelin restaurant with a 6-month waiting list? GAA jersey. Accidentally find yourself at the centre of an international drug deal in a case of mistaken identity and have to meet the cartel in five minutes at an abandoned warehouse? GAA jersey.

Talk to all waiters and bar staff in English, but do so in an exaggerated Spanish/Italian/French/Portuguese accent. Don’t forget to reduce your rate of speech to a comically slow pace too.

Inexplicably carry all of your beach gear in an old Quinnsworth plastic bag from 1983.

Say “it’s lovely for two weeks but you wouldn’t live here” at least 80 times a day.

Say every street sign or tourist attraction in some mangled version of pronouncing phonetically, such as ‘the chomps illy say’, or ‘the if elle tour’. You pronounce these correctly without affectation at home, but you’re abroad and representing Ireland now!

Partake in typical tourist fare such as glass-bottom boat rides or open-top bus tours. Throughout every step of the journey, no matter what you see, just keep uttering ‘jaysus’.

Remark how every foreign town, city or village you encounter is just ‘Bray with more sun and less ugly people’.

Take out a second mortgage buying suitcase loads of poorly made trinkets and various other impulse purchases to bring back home to leave in the shed or the attic.

Have at least one loud argument involving a spouse and/or entire family. Perhaps make it about how you shouldn’t have to get up at 6am three mornings running to beat the Germans to it by chucking towels on the sun loungers.

Make sure to have at least one pot bellied middle-aged man from the midlands in your travelling party at all times. Irish people owe it to one another to provide an opportunity to point from a distance and say ‘big Irish head on yer man’.

Insure that he has a visible, heavy layer of sun cream on his nose and is constantly squinting at the sun while his shades remain perched on top of his head.

Maintain the general translucent appearance of your skin upon arrival before letting your skin really burn this year. It’s been nearly two years, you have a lot of skin cancer to catch up on.