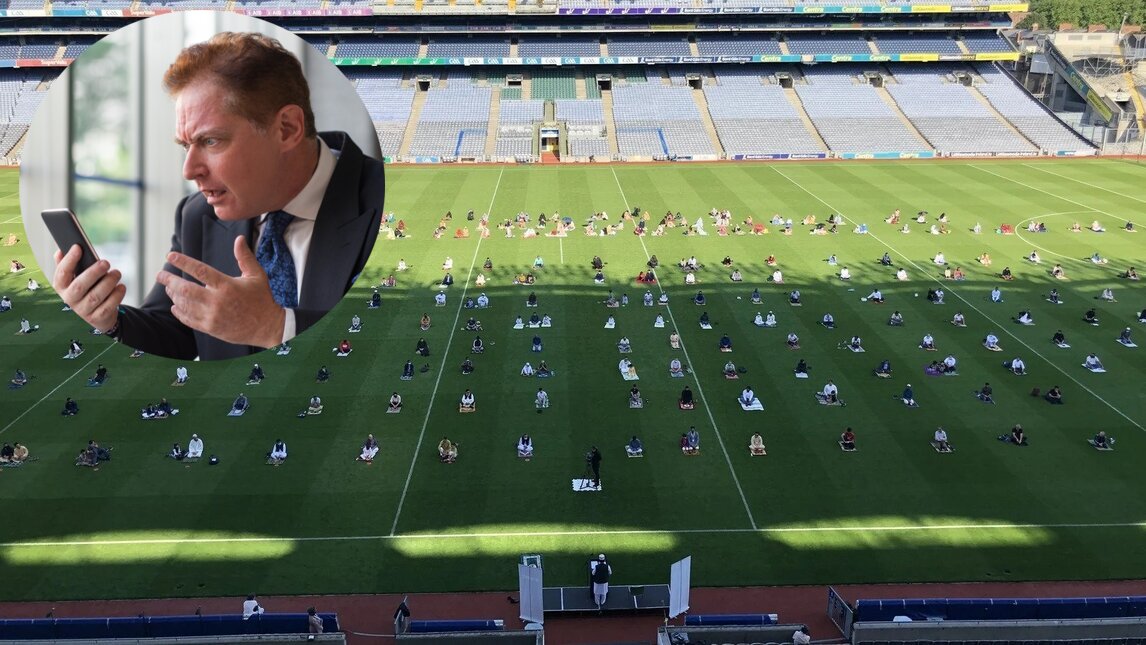 “THIS damn thing just gets earlier every year” sighed Waterford bigot Terrence Inglesby this morning, after going on Twitter this morning and realising that the Muslim festival of Eid al-Adha gets underway today.

“I’ve nothing ready, what am I supposed to do? Let me have a quick look and see if I’ve any snide comments left over from Eid last year, that might tide me over until I can think up some new ones”.

As Inglesby prepared a number of passive aggressive posts about what he, a non-practicing Catholic, would “get away with in there countrees”, some of the nation’s more forward-planning racists were already turning their attention to the Eid celebrations in Croke Park, the highlight of the Irish racist’s calendar.

“We tell people this every year; don’t leave your Eid preparations until the last minute” said one patriot we spoke to, who isn’t 100% what exactly Eid is, but he knows he doesn’t like the sound of it.

“Can you believe that there’s a hundred lads in there at the minute, praying? Praying, in Croke Park. A disgrace if you ask me. That there is hallowed ground, and should be kept sacred for All-Ireland finals, Red Hot Chilli Pepper concerts and maybe the odd papal visit. I’m up since the crack of dawn giving out about it on message boards and Twitter, thanks to my traditional Eid Eve big sleep last night. There’s other racists I know that are only getting up right now, missing all the best racism”.

Meanwhile RTÉ have announced that they will be broadcasting the traditional Eid al-Adha prayer today, enabling any racist in the country that hasn’t experienced an aneurysm yet to do so.