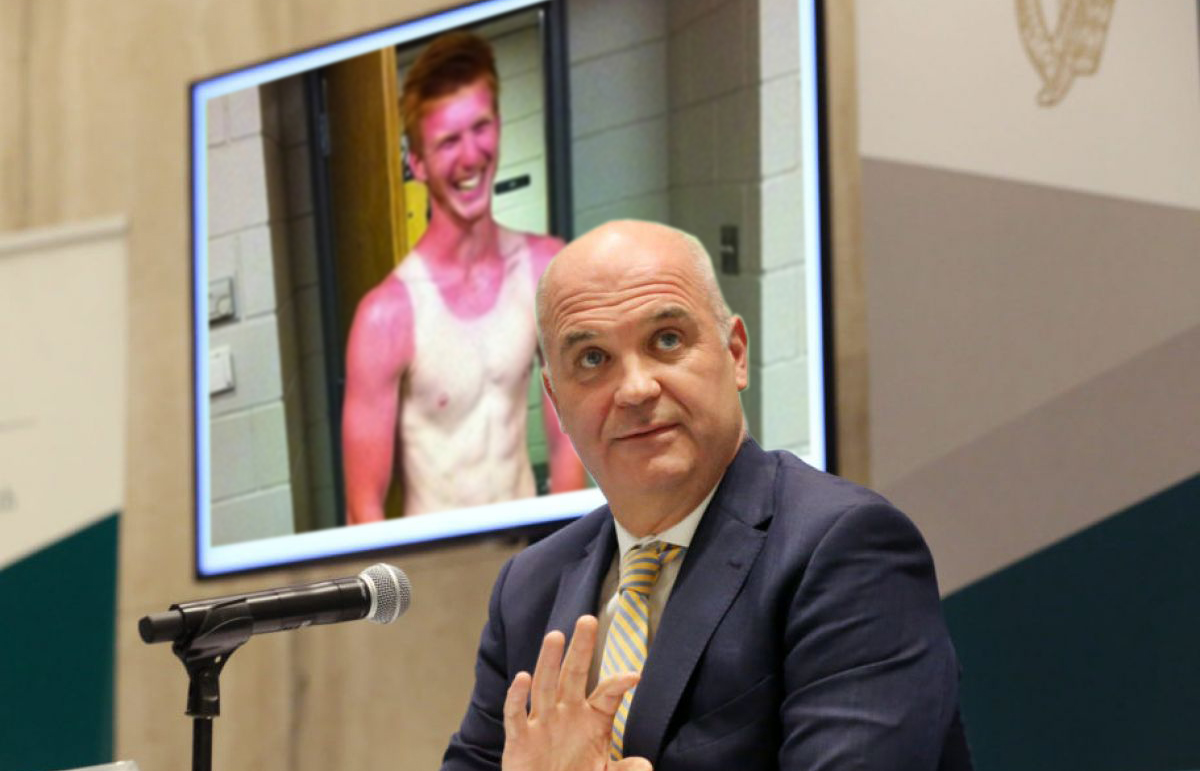 AN AIR of dread filled the room housing NPHET’s daily heatwave briefing as the NPHET team cast aside thoughts of the Delta variant, and lifting indoor dining restrictions amid some Covid testing centres reporting a 25% positivity rate to discuss more pressing concerns.

Amid near record hot temperatures, the HSE’s Sunburn Tracker App has logged a record number of close contacts with the sun and many members of the public now resemble the charred remains of a hotdog left on a BBQ for 24 hours.

“Some of you are redder than a Communist Party march in Beijing, you’re shedding skin like a snake,” added Deputy CMO Ronan Glynn.

Based on NPHET modeling the cases of sunburnt t’fuck are only exacerbated by some deeply entrenched Irish practices, such as men thinking they’re ‘too hard’ to wear sun cream and women unaware they’re being burned alive due to the high volume of fake tan already on their skin.

The potential ill-effects of the heatwave continue to pile up as with the vast majority of the public adhering to mask wearing, unintended consequences are being suffered.

“I look like a slice of fucking Billy Roll,” confirmed one member of the public, who’s severe sunburn on his face did not extend to the portion covered by his mask.