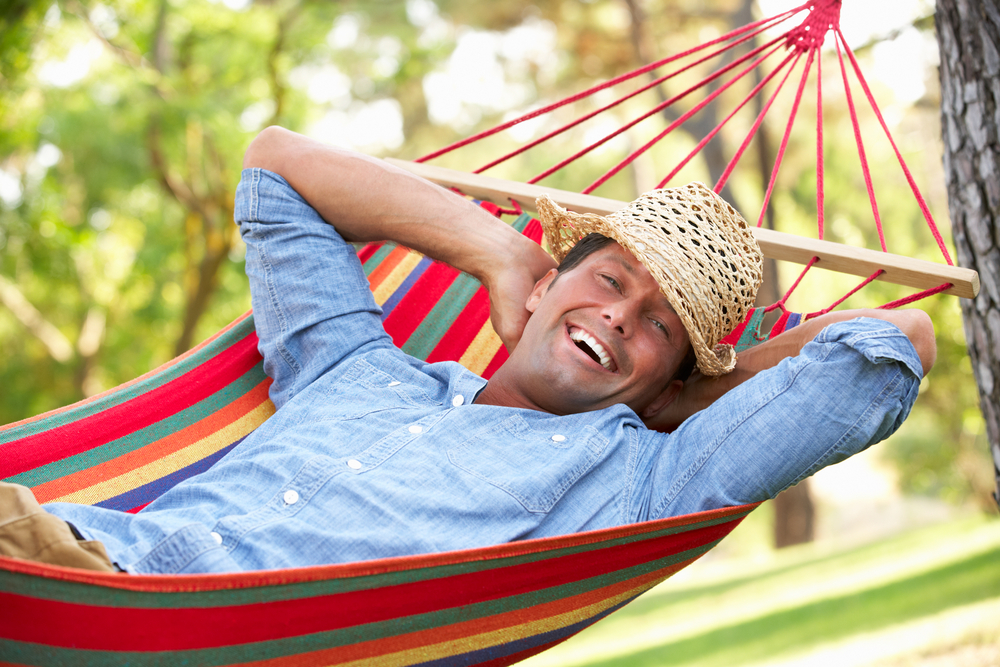 DESPITE biblical wildfires, floods, landslides, and general chaos worldwide, local man Gerry Taylor welcomed this climate change craic while bathing in the hot summer sun in his back yard, WWN can confirm.

“At least all that mad stuff isn’t happening here,” the 43-year-old dad told himself, unaware his location in Ireland is one of hundreds of low lying areas that will soon succumb to the rising sea levels over the next 100 years, “I’m sure there’s a reason these places started going on fire and flooded and it’s probably to do with God, or karma, whatever bad shit the people there have done”.

With smoke from wildfires on the west coast of America now causing smoky haze all along the east coast, including as far away as New York, Taylor imagined what it would be like in Ireland if the weather were to keep rising year on year.

“We won’t need to travel to Spain for holidays and we’ll be able to have siestas during the day, how bad,” said the father of three, whose children and great grandchildren will be left to deal with the escalating mess.

“I tell you one thing; we won’t miss the rain here at all in that case, bring it on!” he continued his fantasy, also unaware Irish Water have called for people to conserve water, just a week into what would be called a cool spell in Spain.

“I’m sure whatever the case, our government and people at the top have all the plans ready in case it gets too hot here,” he naively concluded.