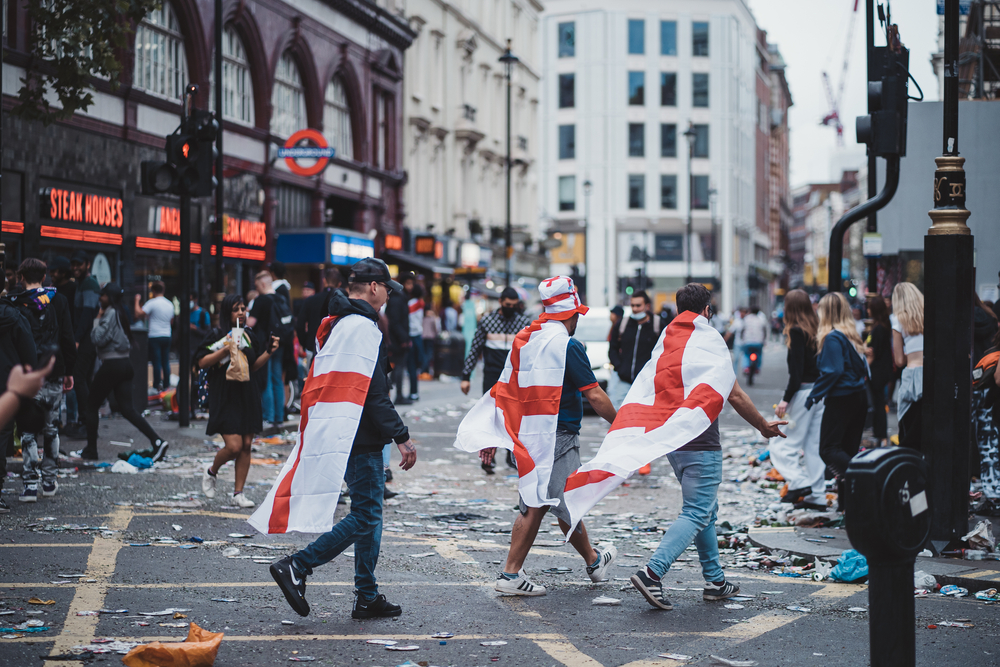 RENEWED pressure has been put on social media companies, including Twitter and Instagram, to solve England’s centuries long racism problem in the wake of abuse directed at English footballers on the platforms.

“No more anonymity, you should only be able to have a social media account if it’s linked to your passport or something, that way you’ll be held to account for the vile racist things you say,” said a public that voted Boris fucking Johnson into power.

“Yes, it’s not up to English society to solve this, it’s a simple quick surface level fix by social media companies,” confirmed the section of the population which treated the downing of a statue of a slave trader like someone had just shit in the Queen’s tea.

“I concur, these companies must do more,” added PM Johnson, who would be banned from Instagram and arrested by police within milliseconds if he copy and pasted his articles referring to ‘piccaninnies’, ‘watermelon smiles’ and ‘Muslim women looking like letter boxes’ onto the platform.

“If we can convince these social media companies to get ‘tough on racism’, that’s the end of that,” added the leader of a party which has overseen the botched Grenfell fire inquiry, the shameful Windrush scandal and whitewash reports into racism in Britain and Islamopohobia within the Tory party.

“Whatever it takes, the government has our support,” confirmed the leader of the opposition party which was found to be plagued with antisemitism.

“Yeah, a quick change in the algorithm should do it. Nothing else needed,” concluded a country that treats people taking the knee like they’re launching of a Soviet era nuclear weapon packed with noxious Communism.