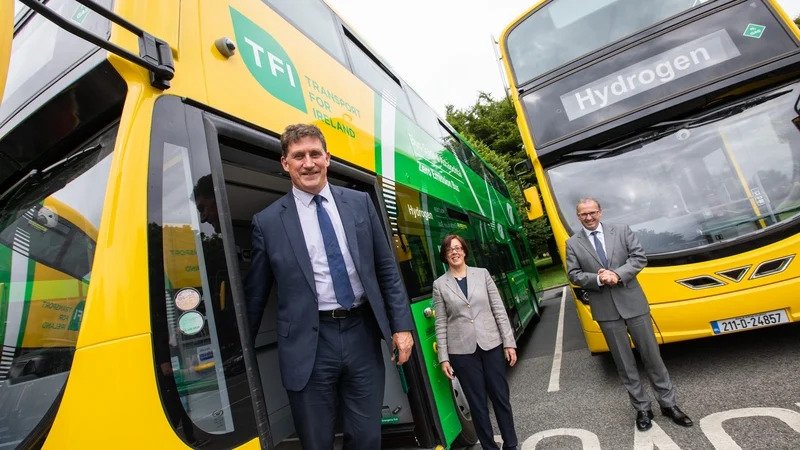 “MY WORK here is done,” confirmed Eamon Ryan as he proudly stood before three hydrogen fuel-cell buses which should make up for the gutting of the Climate Action Bill in the Dáil and his blanket support for CETA, the EU-Canadian trade deal which would allow companies to sue the State if legislation interferes with their profits.

“Nothing else related to the environment, housing or anything like that seems in need of action, I’m half tempted to just phone it in now until the government collapses or makes it to the 5 years against all odds,” added Ryan, content that a few buses more than make up for the loss of much of the grass root members of the Green Party and their support.

The hydrogen battery powered vehicle could well be the future of transport solutions in the capital and beyond but Ryan has been criticised for everything from his staggeringly limited ambition when it comes to the Green Party’s influence on government policy to his preferred method of spectacles cleaning.

“Sorry, didn’t catch that I was asleep,” offered Ryan in response to the criticisms.

Elsewhere, the environmentally illiterate portion of the Irish population has confirmed they won’t be stepping on a hydrogen fuel-cell electric bus without taking their iodine tablets first.